newsUS elections and Jewish vote: Priorities of American Diaspora, implications for Israel
Israel Kasnett
One of the bottom-line conclusions is that being “pro-Israel” is not a yes-or-no answer, “and because of that, we need to pay attention to this issue and the conditional aspect of voters being pro- or not pro-Israel,” said Jerusalem Center Fellow Irwin Mansdorf.
Scroll to view more 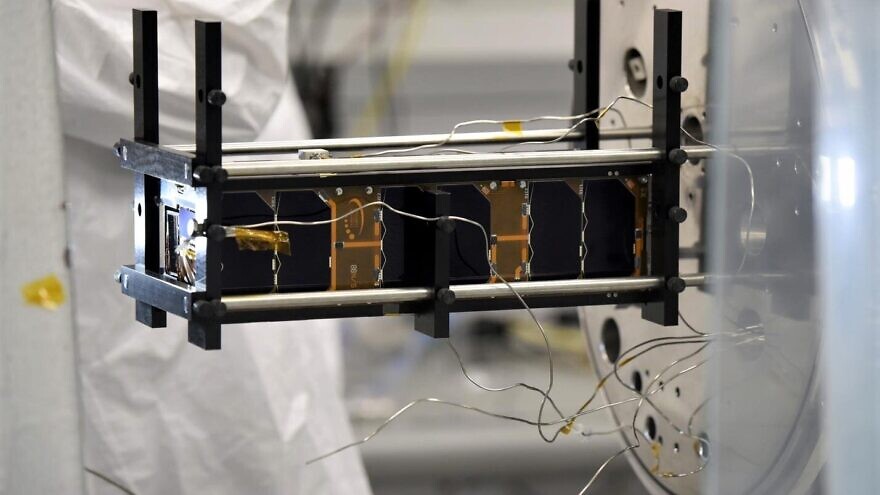 (November 6, 2020 / JNS) The TAU-SAT1 nanosatellite is currently undergoing pre-flight testing at the Japanese space agency JAXA prior to a planned launch by NASA in the first quarter of 2021.

About the size of a shoebox, it was devised, developed, assembled and tested at Tel Aviv University’s Nanosatellite Center, an interdisciplinary endeavor of the university’s Iby and Aladar Fleischman Faculty of Engineering, Raymond & Beverly Sackler Faculty of Exact Sciences and Porter School of Environmental Studies.

“TAU-SAT1 is the first nanosatellite designed, built and tested in an Israeli university, and the entire process, from conception through design, software development and testing, was done at TAU,” explains Dr. Ofer Amrani, head of TAU’s minisatellite lab. While other universities in Israel, including the Technion–Israel Institute of Technology, Ben-Gurion University and Ariel University, are investing in similar space projects, the TAU satellite will be the first to enter the Earth’s orbit.

TAU-SAT1 is a research satellite and will conduct several experiments while in orbit, including the measurement of cosmic radiation in space.

“We know that that there are high-energy particles moving through space that originate from cosmic radiation,” says Dr. Meir Ariel, director of TAU’s Nanosatellite Center. “Our scientific task is to monitor this radiation and to measure the flux of these particles and their products. To this end, we incorporated a number of experiments into the satellite, which were developed by the Space Environment Department at the Soreq Nuclear Research Center.”

One challenge was to extract the data collected by the TAU-SAT1 satellite, which will complete an orbit around the Earth every 90 minutes.

“In order to collect data, we built a satellite station on the roof of the engineering building,” explains Amrani. “Our station, which also serves as an amateur radio station, includes a number of antennas and an automated control system. When TAU-SAT1 passes over Israel, the antennas will track the satellite’s orbit and a process of data transmission will occur between the satellite and the station.”

The satellite is expected to be active for several months. Because it has no engine, its trajectory will fade as the result of atmospheric drag and eventually burn up in the atmosphere.

The launch of the TAU-SAT1 nanosatellite is a first step on the way to joining the “new space” revolution, according to Amrani.

“In the not-too-distant past, satellites involved a very expensive development process that took many years and required the involvement of large and cumbersome governmental systems. We were able to complete the planning, building and testing of our own satellite in less than two years,” he said. “Moreover, we built the infrastructure on our own—from the clean rooms to the various testing facilities, such as the thermal vacuum chamber, to the receiving and transmission station we placed on the roof. Now that the infrastructure is ready, we can begin to develop TAU-SAT2.

Said Amrani: “The idea is that any researcher and any student—from any faculty at TAU or outside of it—will be able to plan and launch experiments into space in the future even without being an expert in the field.”