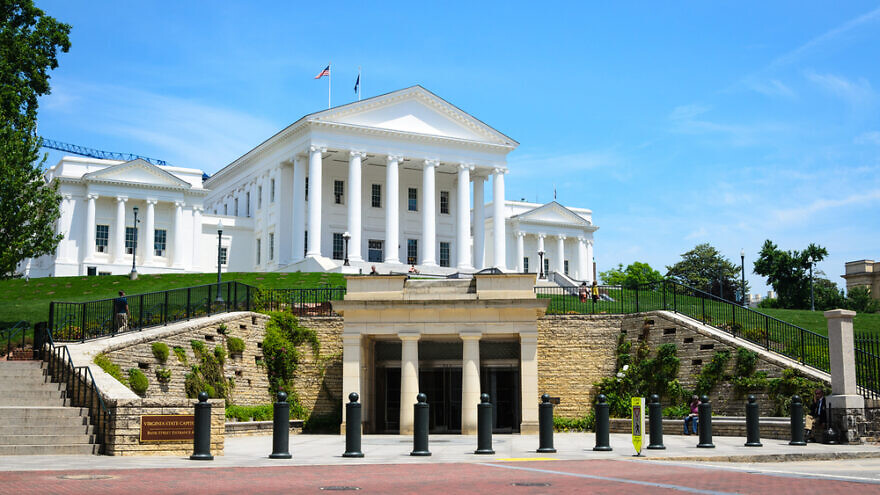 The proclamations are a result of a joint advocacy effort by Christians United for Israel (CUFI), Jewish Federations of North American (JFNA), the American Jewish Committee and the Conference of Presidents of Major American Jewish Organizations.

“We encourage the use of the IHRA definition in educational and training programs on issues relating to discrimination and anti-bias compliance. In order to effectively combat anti-Semitism, it is imperative to adopt the consensus definition of anti-Semitism—the IHRA definition—following the lead of over 30 countries, and more than 1,000 organizations and universities across the world,” said Conference CEO William Daroff.

“One cannot defeat that which they are unwilling to define—and from Washington to the state capitals, the IHRA definition is being acknowledged and appropriately utilized,” he said. “In the wake of increasing acts of anti-Semitism, staying silent is not an option, and we are grateful to governors across the country who are standing up and speaking out on this vital issue. Over the next year, we will work with our partners to advance similar measures and do everything in our power to stem the rising tide of anti-Semitism that is sweeping across our country.”

Adam Teitelbaum, executive director of the JFNA’s Israel Action Network, said that promoting the IHRA definition is a top public-policy priority for the organization.

“The alarming rise of anti-Semitism requires multiple tools to ensure Jews feel safe and secure and having a unified definition helps make that possible,” he said. “It is especially meaningful to see so many states take action on the 77th anniversary of the liberation of Auschwitz, a day when the world is memorializing the horrors of the Holocaust.”

While the U.S. State Department, as well as numerous countries, have accepted the IHRA definition of anti-Semitism, some lawmakers and organizations, such as J Street and Americans for Peace Now, have pushed for an alternative definition found in the Jerusalem Declaration on Anti-Semitism, which critics say excuses many common left-wing attacks on Israel and Zionism as not anti-Semitic. This definition has not gained much traction outside of academic circles.

“It’s clear that any competing definitions, which seem to say a lot without saying anything, have been rejected by the American people and their leaders,” said Hagee.