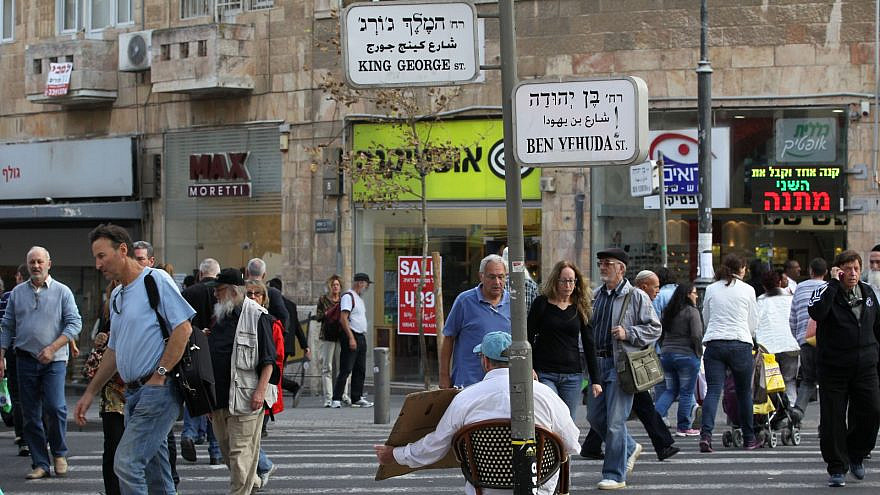 (April 4, 2021 / Israel21C) Jerusalem is a city of history. Much of that history can be found in the ancient structures of the Old City.

However, there’s an aspect of Jerusalem’s history that is much more subtly integrated into its geography: its street names.

Many roads throughout the capital city are named after important figures in local and Jewish history. While there are obvious ones, such as Herzl Street and Balfour Street, many names on street signs pay tribute to lesser-known personalities.

ISRAEL21c brings to you 10 streets in Jerusalem named after influential individuals of the past. 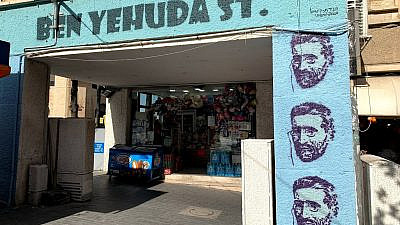 This pedestrian street, a hub of food, shopping and art, is named after Eliezer Ben-Yehuda, the Hebrew lexicographer credited with reviving the spoken Hebrew language.

He was born in a Lithuanian village and began learning Hebrew in his early childhood. After being inspired by historical revivals of other classical languages, Ben-Yehuda became a staunch Zionist. He moved to Palestine, where most residents spoke Ladino, Yiddish or Arabic. He began introducing his plan to reintegrate spoken Hebrew into society.

Ben-Yehuda’s three methods of revival were “Hebrew in the Home,” “Hebrew in the School” and “Words, Words, Words.” The Jewish people were able to remain connected and rooted in their historical and biblical language because of his influence. 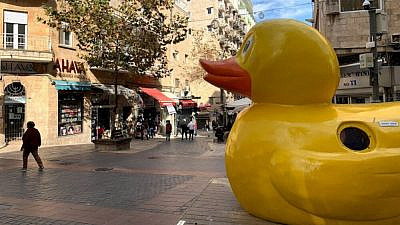 A giant ducky is among the attractions you’ll see on Jerusalem’s Ben Yehuda Street. Photo by Tess Levy.

The street bearing his name is a bustling, entertaining destination that offers many attractions, including a giant duck in the middle of the street and colorful murals on shop walls. On this street, Ben-Yehuda’s legacy is remembered in every conversation spoken in Hebrew between Israelis and tourists alike. 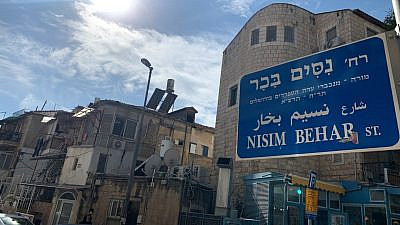 This street in Jerusalem’s Nachlaot neighborhood is named for a man who innovated a new way to teach spoken Hebrew. Photo by Tess Levy.

Behar was another crucial figure in reviving spoken Hebrew in Israel. A student of Ben-Yehuda’s, he was singled out from a young age because of his natural skill in language studies.

After furthering his education in Constantinople and Paris, Behar returned to Jerusalem and became the founding headmaster of a local branch of the Paris-based Alliance Israelite Universelle, where he introduced a new method of teaching Hebrew.

In 1901, he was sent to represent the Alliance in America. There, he founded the National Liberal Immigration League to advocate against laws that limited immigration and spoke before Congress about the matter. The list of his involvements with various Jewish and secular organizations is a lengthy one. 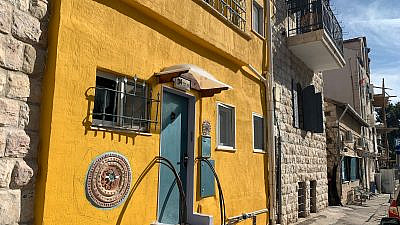 Nissim Behar Street in the Nachlaot neighborhood is one of Jerusalem’s most colorful. Yellows, pinks and blues paint the aged walls. It holds onto the spirit of older days in its blend of commercial and residential life. Though the street is located only a few blocks from the energetic Machane Yehuda Market, the artistic vibe makes it feel as if it exists in its own bubble. 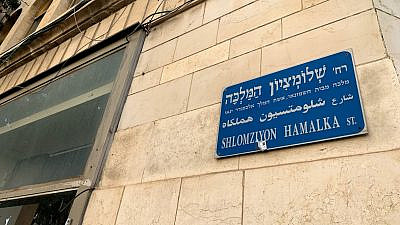 A street named for a queen in Jerusalem. Photo by Tess Levy.

This street is named to honor the memory of the Judean queen who ruled from 76-67 BCE. Queen Shlomzion (Salome Alexandra) was one of only two women to lead the ancient empire and sought to make peace while in power.

She settled the disputes between the Pharisees and Sadducees that permeated her kingdom during her husband Alexander Jannaeus’s rule. Her successes in strengthening the borders and towns of Judea resulted in her title of Shlomzion, which translates to “peace of Zion.” It was often said that during her rule, rain only fell over Judea on Shabbat, so as not to disturb the residents’ work during the rest of the week.

Shlomzion (also spelled Shlomziyon) HaMalka Street hosts a multicultural blend of food and traditions. During a short stroll down this tree-lined street, one can find a French café, two Mexican restaurants, a burger spot, a hole-in-the-wall falafel stand, and bookstores selling literature in more than five languages. 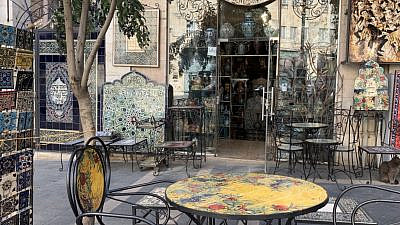 A café on Queen Shlomzion Street in Jerusalem. Photo by Tess Levy.

It’s easy to imagine how proud the queen might be if she walked down this street today; she, a woman who used her power to resolve conflict between battling cultural groups, knew quite well the importance of coexistence. 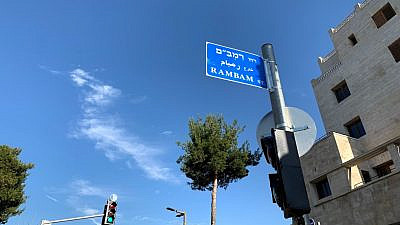 This Jerusalem street is named for a medieval sage. Photo by Tess Levy.

Moshe Ben Maimon, also known as Maimonides or by the acronym Rambam, is widely regarded as the medieval age’s greatest Jewish philosopher. He played an enormous role in codifying Jewish law, which he accomplished through his publication of Mishneh Torah. Ben Maimon also earned respect from both Jewish and Muslim communities after writing Guide of the Perplexed, a theological text that explored the intersections of rabbinical Judaism and rationalism.

The street named after Ben Maimon is also significant in Israel’s history. It borders the Prime Minister’s Residence, and as such is often filled with political activists. 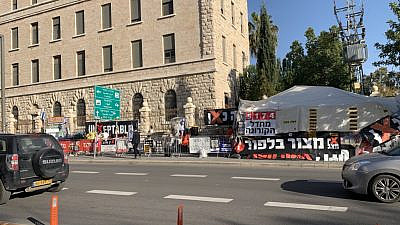 As you walk down this grandiose boulevard, there is a sense that you are walking in the very spot where history has been and continues to be made. With ornate statues atop buildings, there is an atmosphere of dignity and esteem; thus, it mimics Ben Maimon’s reputation itself. 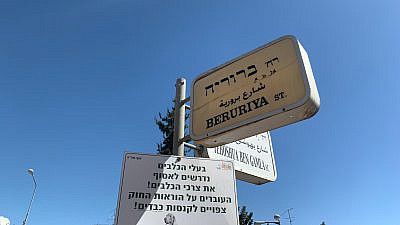 Beruriya is mentioned multiple times in the Babylonian Talmud and other ancient texts. Whether she was real or fictional has been debated, though the stories surrounding her name are exceptional. She was a scholar who displayed great intelligence since her childhood.

In fact, the Talmud describes how Beruriya studied 300 topics of Jewish law every day. Due to her profound knowledge, the sages of her time frequently consulted her and she was one of the few women given authority in this compendium of Jewish law.

She was even seen as more intelligent and wiser than her brother, a rare exception to the patriarchal structure of the Talmud. Although Beruriya is often only recognized for her connection to the famous men in her life (including her husband and father), she is noteworthy in her own right. 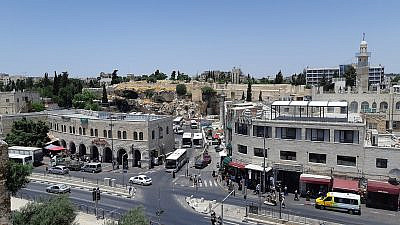 Located in the Muslim Quarter of the Old City, this street commemorates a historic sultan who ruled over the Ottoman Empire from 1520-1566. The ruler is commonly referred to as “Suleiman the Magnificent” because of his long-lasting reign and his military and cultural achievements.

Suleiman expanded his empire’s geographical boundaries through frequent wars against neighboring countries, including Persia, Greece and Egypt. The sultan also made impressive domestic advances; these included the construction and decoration of mosques, aqueducts, bridges and other infrastructure.

The street named after the sultan is the largest, most bustling road in the neighborhood and boasts the lovely Palms Plaza alongside many historical monuments. 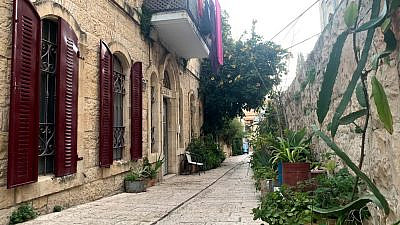 The quaint street named for Huldah the prophetess. Photo by Tess Levy.

Huldah was one of seven female prophets of Israel, most known for the prophesies she delivered after the Torah was rediscovered in Solomon’s Temple during the reign of King Josiah (around 640-610 BCE).

She told the men who approached her for counsel that God would “bring calamity on this place and on its inhabitants—all the words of the book which the king of Judah has read.” (2 Kings 22:14-16)

A rabbinic legend maintains that Huldah opened a school for girls in Jerusalem where she taught how the word of God must be applied to a woman’s life.

Huldah’s influence on Jewish history and Israel is still present today; an entrance leading to the Temple Mount is referred to as the Huldah Gates in the Mishnah, which states that “The two Huldah Gates to the south are used for entering and leaving.” (Middot 1:3) 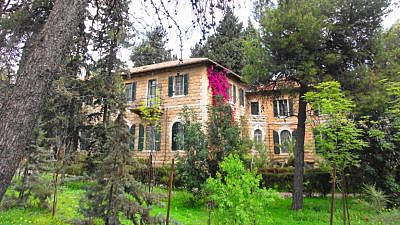 Salah a-Din, the figure after whom this street in eastern Jerusalem is named, remains one of the most significant Muslim figures and heroes. He was a Sunni Kurd who lived from 1137-1193, when he died in Damascus. He was the founder of the Ayyūbid dynasty and sultan over Egypt, Syria, Yemen and Palestine.

In 1187, he captured Jerusalem from the Christian Crusaders at the Battle of Hattin. This conquest marked a turning point in control over the Middle East. After proving himself as a military and political leader, Salah a-Din has been widely regarded as one of the most consequential figures in history; Dante went as far as to describe him as a “virtuous pagan.” 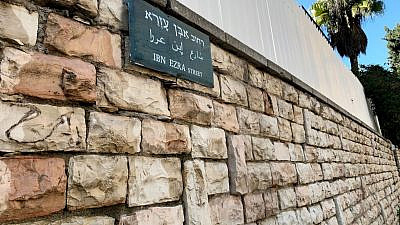 Ibn Ezra Street in the Rehavia neighborhood of Jerusalem. Photo by Tess Levy.

Abraham Ibn Ezra of Spain was one of the most significant biblical commentators of the Middle Ages. He also was a poet, astrologist, scientist and Hebrew grammarian. His most famous contribution to biblical analysis was his close reading of the text’s grammatical and literal meaning. 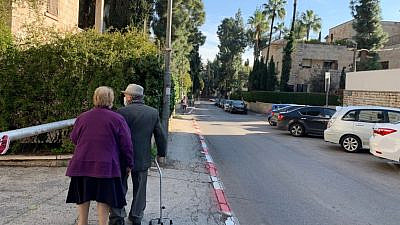 An elderly couple on Ibn Ezra Street in Jerusalem. Photo by Tess Levy.

The street named after this famous figure is a quiet haven of homes and families in the Rehavia neighborhood. By simply walking down this residential street, one would never know just how acclaimed its namesake is. 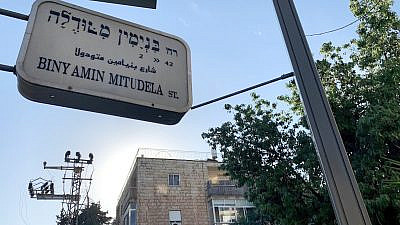 Benjamin of Tudela (Spain) traveled across the world in the 12th century to various Jewish communities to observe and write about their demographics and lifestyle. His ventures spanned from France to Constantinople to Syria to Northern Africa; he visited over 300 cities and provided information that historians and scholars rely on to this day. His observations were published in his book Travels of Tudela, which has since been translated from Hebrew into dozens of languages. 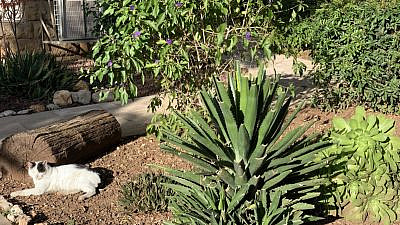 Not only is this street in Jerusalem’s Rehavia neighborhood named after him, but so is a street in Spain in the town in which he was born. Binyamin mi-Tudela Street is a romantic, curved road. It offers a few food options (including Pizza Tudela) but is mostly lined by residential buildings and does not offer the intrigue of anything reflective of its namesake’s adventures.