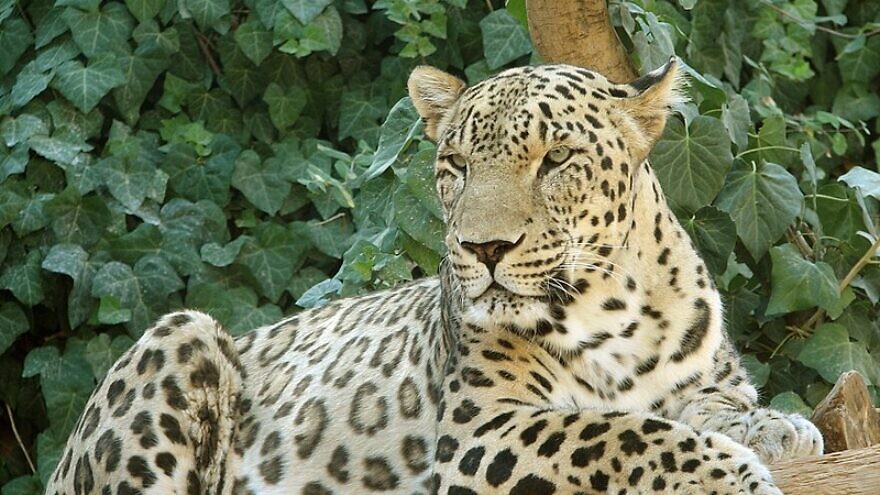 (December 14, 2022 / JNS) After arriving from France, 2-year-old Mademoiselle is acclimating to her new home before meeting her planned mate, Coresh.

Staff at the Ramat Gan Safari, near Tel Aviv, had asked the public for suggestions for a name for the 2-year-old Persian leopard. She was previously in the Beauval Zoo in France’s Loire Valley, Ynet reported.

The leopards will be placed in the same den to familiarize themselves with each other’s scent. Once the safari crew determines that the couple is interested in the encounter, they will be permanently placed in a den together.

“The couple was not chosen as mates randomly,” said Safari zoologist Keren Or, according to the report. “She has been intended for Coresh from birth based on specific information and family ties and has been trained in both French and English ahead of her arrival.”

The two felines will participate in a project to reproduce the species, which intends to populate European zoos with 200 leopards and release some of them into the wild.

The Ramat Gan Safari, whose full name is the Zoological Center Tel Aviv-Ramat Gan, has the largest collection of wildlife in human care in the Middle East.