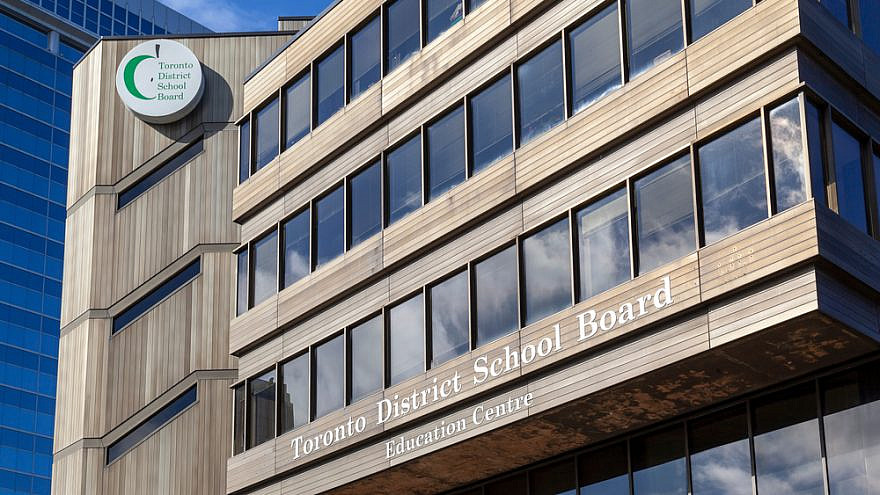 (December 10, 2021 / JNS) The Toronto District School Board declined to censure a member who spoke out last spring about a manual being offered to teachers in the district that contained anti-Semitic and anti-Israel materials.

The 10-7 vote during a board meeting on Wednesday night came out in favor of Alexandra Lulka, not heeding a recommendation made last week by the district’s integrity commissioner.

In that report, the commissioner, Suzanne Craig, claimed that Lulka violated the TDSB code of conduct when, at the height of the Hamas rocket attacks against civilian population centers in Israel in May, Lulka raised the alarm on social media about a manual being offered to educators in the district that included anti-Israel incitement.

The act of censuring is the most severe form of punishment a board member can face.

“We commend each and every TDSB trustee who voted in support of Trustee Alexandra Lulka and her right to speak out against anti-Semitism,” said Michael Levitt, president and CEO of the Friends of Simon Wiesenthal Center. “The trustees understood that censure would set a chilling precedent and impact trustees’ abilities to stand up to hate and discrimination.”

“TDSB trustees have listened to reason and made the only justifiable decision tonight,” said Michael Mostyn, CEO of B’nai Brith Canada. “There was never any basis for censuring Trustee Lulka, and the ‘investigation’ into her actions appears to have been nothing but a contrived witch-hunt.”

But he insisted that “this saga is far from over.”

“The TDSB needs to come clean about its initial handling of this issue in May, as well as its deeply flawed investigation,” said Mostyn. “B’nai Brith will not rest until the entire truth is revealed and systemic anti-Semitism is defeated at the TDSB.”

Noah Stack, vice president at the Centre for Israel and Jewish Affairs, said that despite the vote, “serious questions remain about the board’s handling of anti-Semitism, particularly with regard to the criticism leveled by the integrity commissioner against the TDSB Human Rights Office.”

During the board meeting, education director Colleen Russell-Rawlins acknowledged the fear and anxiety facing Jewish students in Toronto school, noting that in the past “our responses may have fallen short.” She vowed to create “safe spaces” and never give the Jewish community a “reason to doubt” the district’s commitment to safety.

Similarly, she also pledged to support Palestinian students and encouraged people to listen to what the other side is saying in order to find common ground based on shared humanity.