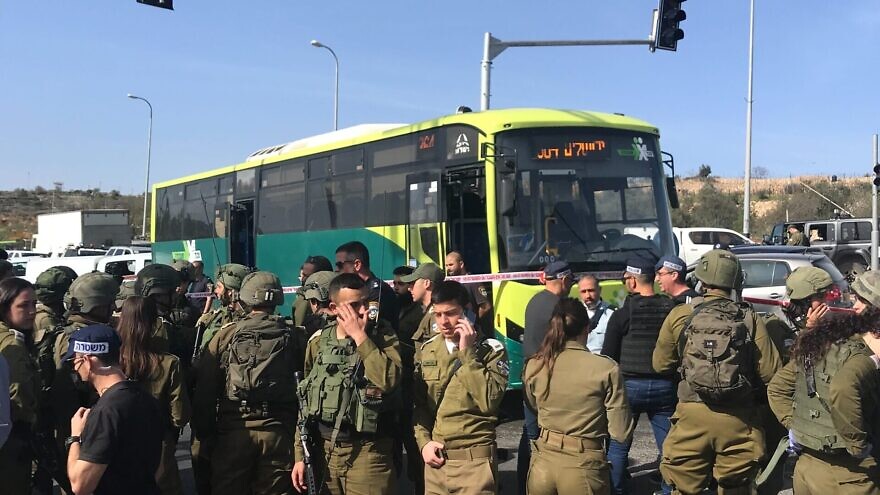 Israeli security forces at scene of a terrorist attack on a bus near Neve Daniel in Judea and Samaria on March 31, 2022. Photo: Israel Kasnett.
Spread the word.
Help JNS grow!
Share now:

(March 31, 2022 / JNS) One person was wounded on Thursday morning in a stabbing attack on a bus on Route 60 near Neve Daniel in Judea and Samaria.

The terrorist was shot and killed by another passenger, according to reports from the scene.

The assailant, who was armed with a screwdriver, began attacking passengers as the bus passed the town of Elazar. The bus subsequently came to a halt at the Neve Daniel Junction.

The incident is the latest in a series of terrorist attacks in recent days, that have so far claimed the lives of 11 Israelis.

On Wednesday evening, Israeli Prime Minister Naftali Bennett said in a statement that the country’s security establishment had been acting “with full force” over the previous 24 hours “to restore security to Israel’s cities and a feeling of security for you, the citizens.”

“The [Israel Defense Forces, the [Israel Security Agency] and the Israel Police have significantly increased their intelligence operations in order to reach, in a timely manner, those who are planning to carry out attacks. We have also reinforced the presence throughout the country of those in uniform and those carrying weapons,” said Bennett.

As of Wednesday evening, he said, security forces had carried out more than 200 investigation or arrest operations related to the current wave of violence.

“From my point of view, there is no limit on resources,” said Bennett, adding, “Whoever has a license to carry a weapon, this is the time to carry it.” 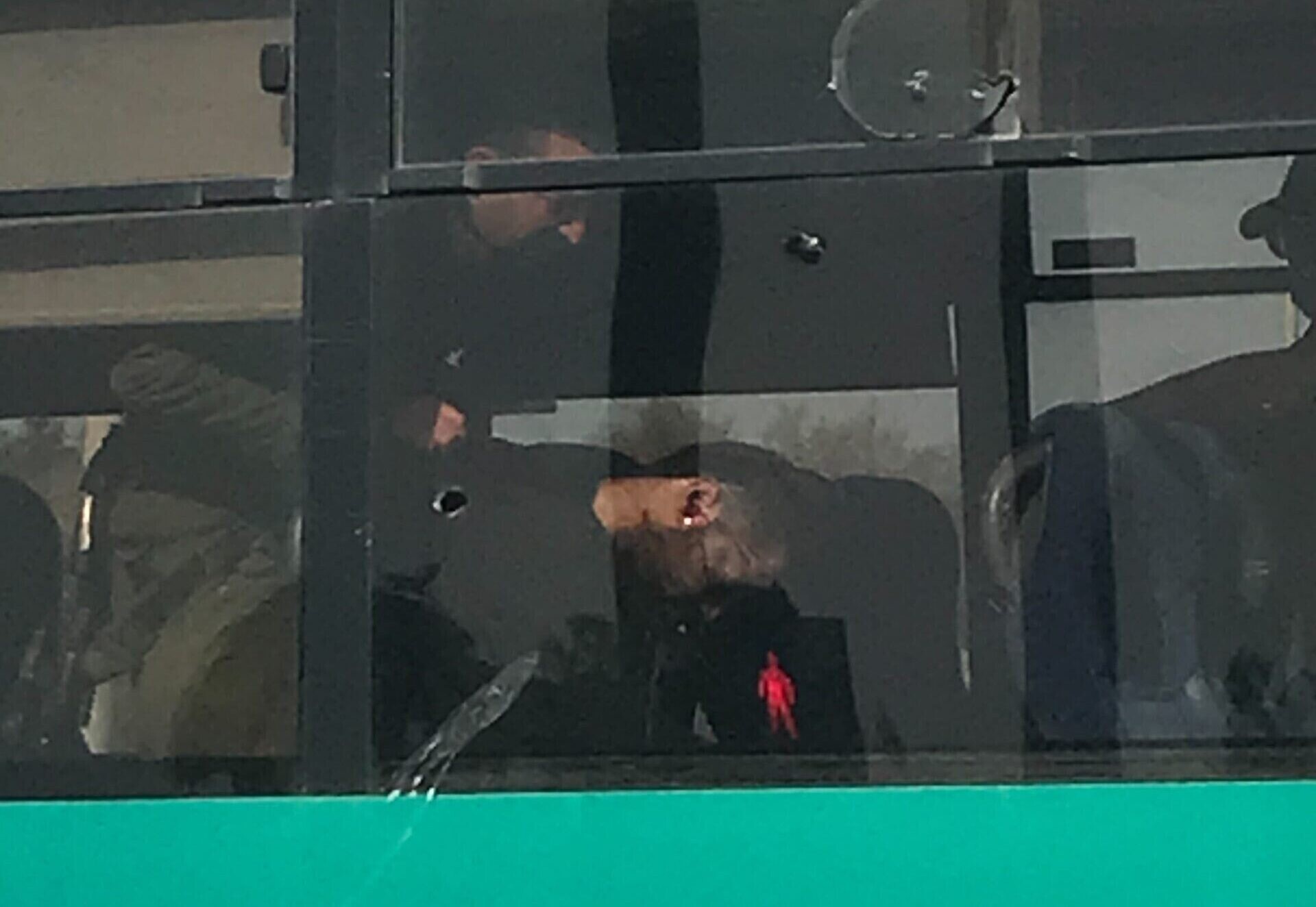 Israeli Defense Minister Benny Gantz said on Wednesday that Israel was prepared for the immediate recruitment of thousands of reservists “who will flood the streets together with the Israel Police.”

“We will take all the means necessary to stop this wave of terrorism,” said Gantz.

Gush Etzion Regional Council head Shlomo Ne’eman on Thursday called on the government to “wake up.”

“Terror attack after attack, an implosion on a national level in the face of a murderous wave of Arab terrorism that does not differentiate between the residents of Judea and Samaria and the residents of Hadera, Bnei Brak or Beersheva,” said Ne’eman.

“In the face of this murderous terrorism, we must use strength and determination, and not get confused with ‘peace conferences’ when Jewish blood is flowing in the streets. The attacks will continue until the Arabs among us understand that the Land of Israel belongs to the Jewish People. We will win this war of independence only when we remove every question mark about the future of our country,” he said.

Ne’eman praised the civilian who stopped the terrorist’s rampage, and echoed Bennett’s call for civilians to arm themselves.

“To our residents who hold gun permits—arm yourselves, practice, and take your weapon everywhere. Our enemies are trying to harm our brothers and sisters,” he said.

Also on Thursday morning, an IDF soldier was wounded during a counterterrorism operation in Jenin, according to the Israeli military. Palestinian gunmen opened fire at the Israeli force, who returned fire, the IDF said in a statement.

The wounded soldier was evacuated to hospital for treatment.

Correction: One person was wounded in the attack according to the Israeli military, not two as initially reported.