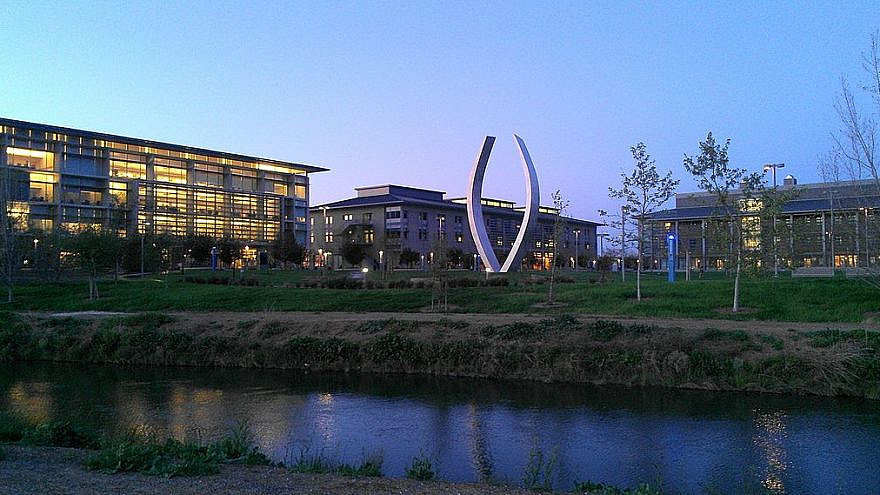 (December 31, 2020 / Jewish Journal) UC Merced Chancellor Juan Sánchez Muñoz and Executive Vice Chancellor and Provost Gregg A. Camfield have announced that the university is launching an investigation into tweets by engineering professor Abbas Ghassemi that “crossed the line” into anti-Semitism.

The posts in question included an image of “The Zionist Brain” featuring a “Holocaust Memory Center” and a the statement that “the Zionists and IsraHell interest have embedded themselves in every component of the American system.”

“The opinions presented in this Twitter account do not represent UC Merced or the University of California,” said Muñoz and Camfield in a statement on Dec. 29. “They were abhorrent and repugnant to us and to many of our colleagues and neighbors; they were harmful to our university, our students, and our years of work to build an inclusive and welcoming community.”

They added that Ghassemi’s dean and department chair will be working “with the Office of the Vice Provost for Academic Personnel to conduct an inquiry into potential violations of our standards, the UC Faculty Code of Conduct or other policies of the university, to determine what consequences are appropriate.”

Additionally, the university will “develop programming for the spring semester that addresses free speech, hate speech and anti-Semitism in academia and promotes ways to challenge discriminatory insinuations when and wherever they emerge within the university community,” the statement said.

It concluded, “We must not let anti-Semitism or any form of bigotry or hate toward any group take root in the UC Merced community.”

University of California Board of Regents chair John A. Pérez and President Michael V. Drake said in a statement that while they support the First Amendment, Ghassemi’s tweets “were not only narrow-minded and abhorrent, but also undercut the UC’s firm commitment to diversity, inclusion and respect for all individuals and backgrounds.”

The statement went on to say, “We fully support UC Merced’s inquiry into the facts of this matter, which will take time as governed by the University’s policies and procedures.”

Jewish groups praised the university’s decision to launch an inquiry into Ghassemi.

“Thank you, @ChancellorMunoz, for your unambiguous condemnation of anti-Jewish bigotry,” the American Jewish Committee tweeted. “It is gratifying to see your commitment to @UCMerced’s Jewish community, to reviewing relevant policies, and to developing campus programming about antisemitism.”

StandWithUs CEO and co-founder Roz Rothstein similarly said in a statement to the Jewish Journal, “We are pleased to hear that UC Merced administration is responding to hateful bigotry espoused by one of its professors. Antisemitism must not be tolerated on campus, and we have seen campus leaders at Rutgers University and Oberlin College discipline and even terminate faculty who have expressed similar biases. We are hopeful that Merced administration follows precedent in handling this blatant act of dangerous hatred and adopts the IHRA [International Holocaust Remembrance Alliance] definition of antisemitism.”

StandWithUs had sent a letter to UC Merced on December 24 urging the university to take action against Ghassemi.

Liora Rez, director of the Stop Antisemitism.org watchdog, said in a statement to the Journal that the university needs “to take a firm stand when dealing with antisemitism and fire Abbas Ghassemi. Someone with such hatred in his heart for a group of people needs to be kept far away from young impressionable students.”

According to the J, which first reported on Ghassemi’s tweets, he has hired First Amendment attorney Michael DeNiro to represent him in the matter.