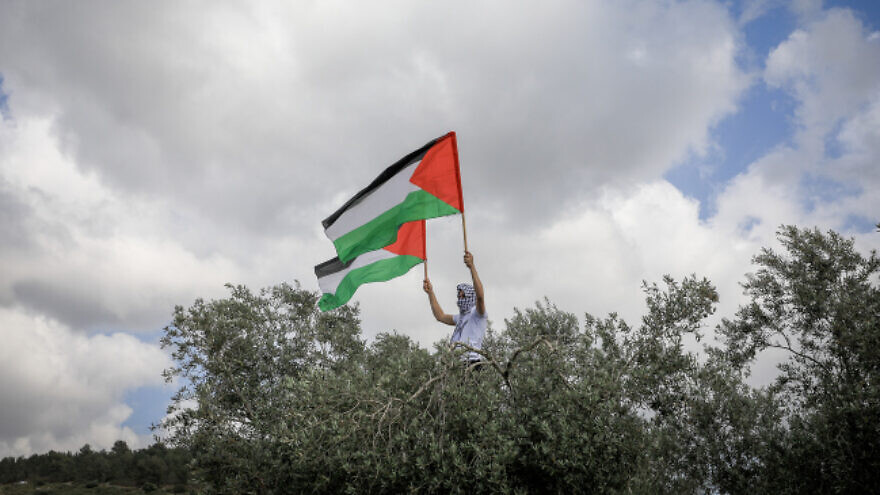 Israeli Arabs and left-wing activists take part in a rally marking the 74th anniversary of "nakba," the term used to mark the events leading to Israel's founding in 1948, near Sakhnin, in northern Israel, April 5, 2022. Photo by Jamal Awad/Flash90.
Spread the word.
Help JNS grow!
Share now:

(December 1, 2022 / JNS) The United Nations General Assembly voted on Wednesday to adopt a resolution to commemorate the “Nakba.” The Arabic term, meaning “catastrophe,” is used by Palestinians and their supporters to describe Israel’s creation and the resulting displacement of some 700,000 of Palestinian Arabs during the 1948 war initiated by Arab nations to destroy the nascent Jewish state.

The U.N. resolution calls for a “commemoration of the seventy-fifth anniversary of the Nakba, including by organizing a high-level event at the General Assembly Hall” in May of next year.

The sponsors of the initiative included Egypt, Jordan and the Palestinians, and passed by a vote of 90 in favor to 30 against, with 47 abstentions.

Abraham Accords signatories the United Arab Emirates, Bahrain, Morocco and Sudan all voted in favor. Australia, Canada, Germany, Greece, Italy, the United Kingdom and the United States were among the countries that voted against.

The vote came a day after Israel’s Ambassador to the United Nations Gilad Erdan inaugurated an exhibit highlighting the expulsion of Jews from Middle East countries, calling the story of these Jewish refugees the “real Nakba.”

Marking the 75th anniversary of the United Nations’ adoption of a resolution to create Israel, Erdan said that “those who really suffered from ‘Nakba’ following the decision were Jews—almost a million were expelled from Arab countries and Iran. Since the vote [on Nov. 29, 1947,] which the Arabs rejected, the United Nations has been telling a completely false story about the ‘disaster’ the Palestinians brought upon themselves.”

The launch of the exhibit also coincided with Wednesday’s Day to Mark the Departure and Expulsion of Jews from Arab Countries, which has been marked annually in Israel since 2014 and is running at the U.N. headquarters in New York City for one week.