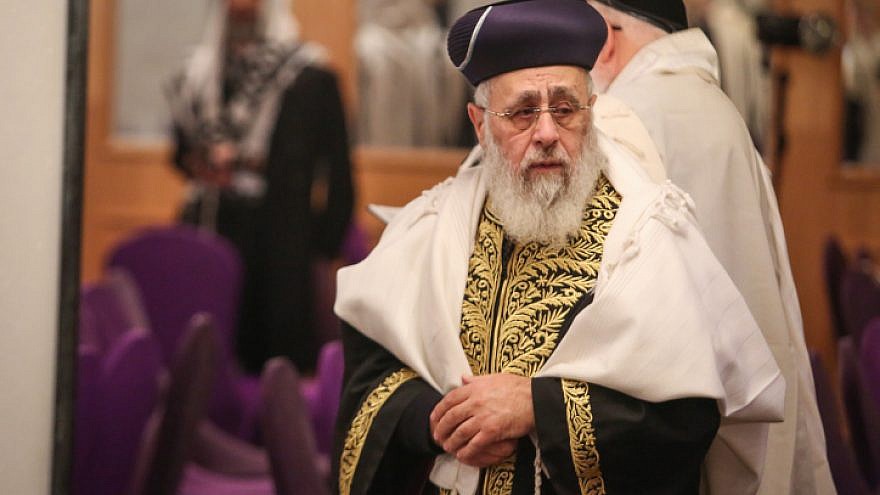 (December 25, 2022 / JNS) Israel’s Chief Sephardic Rabbi Yitzhak Yosef will chair the committee that will select the next Israel Defense Forces’ chief rabbi, Kan 11 reported on Saturday, adding that the change is part of a coalition agreement between Likud and the Religious Zionism Party.

“The committee that will determine the identity of the chief military rabbi will be subordinate to the Chief Rabbinate,” Walla said in a report on Sunday.

“This has far-reaching significance, since the Military Rabbinate has until now been independent in its rulings, and on many issues it had different stances from the Chief Rabbinate,” the report added.

Such issues include conversion, the burial of non-Jewish soldiers, operational conduct on Shabbat and women’s IDF service.

The decision to remove the IDF chief of staff and defense minister’s authority in selecting the chief military rabbi stems from the political weakness of Prime Minister-designate Benjamin Netanyahu, Eisenkot said. He accused Netanyahu’s political partners of being “drunk on power.”