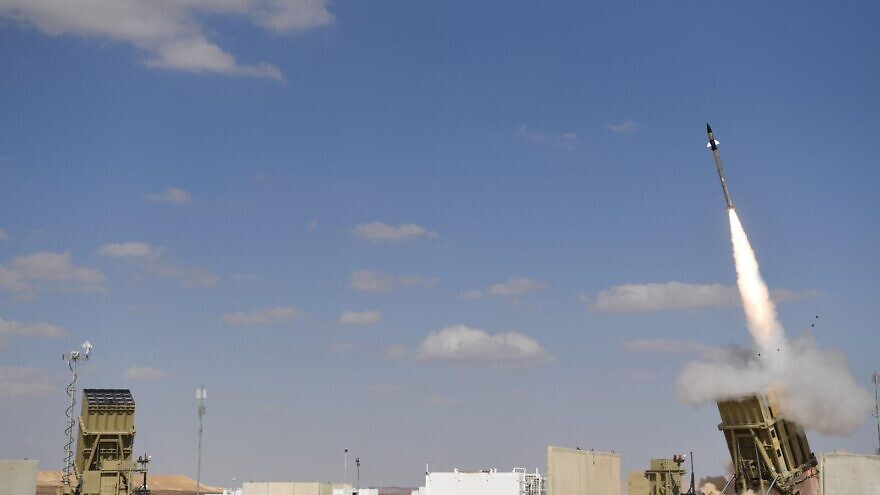 During the live-fire test, at the White Sands Missile Range in New Mexico, the Medium-Range Intercept Capability (MRIC) prototype successfully hit multiple targets representing cruise missiles, which were launched simultaneously on various trajectories, according to an official statement.

The MRIC prototype employs the Iron Dome Tamir interceptor and launcher, in conjunction with the Marine Corps’ G/ATOR radar, made by U.S. defense company Northrop Grumman, and a CAC2S (Common Aviation Command and Control System).

These components come together to build an air-defense system customized to existing Marine Corps assets and expeditionary mission needs, said the statement. The Tamir is a proven interceptor, capable of defending against cruise missiles, unmanned aerial vehicles, rockets, artillery and mortar threats, it continued.

“This test has proven the Iron Dome Tamir interceptor and associated ground components can be integrated quickly and efficiently in any relevant defense architecture and intercept various aerial threats successfully in complex and advanced scenarios,” said Moshe Patel, head of the Israel Missile Defense Organization in the Israeli Defense Ministry.

“We look forward to further partnerships with the U.S. Armed Forces on air and missile defense,” he added.

Don Kelley, program manager for Ground Based Air Defense at PEO Land Systems, an American company that manages the acquisition and sustainment of Marine Corps ground systems, stated,  “This demonstration proves that we do now have a relevant capability.”