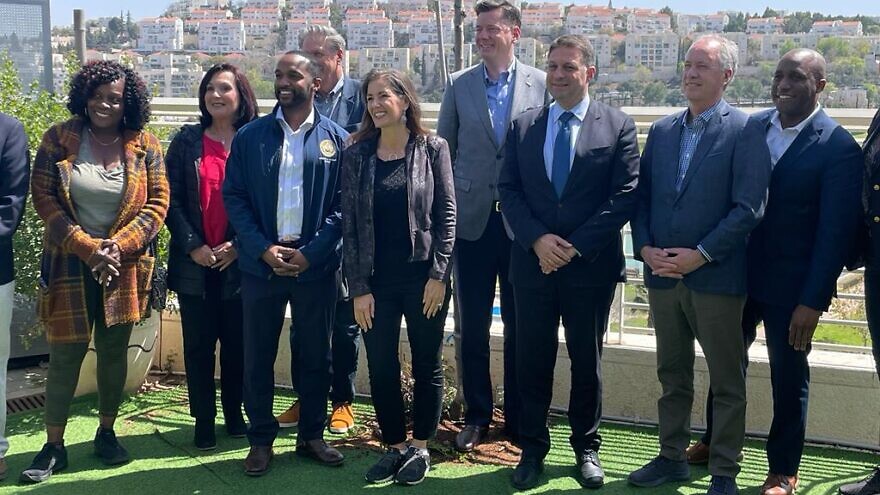 A group of American mayors on a visit to Israel, pictured in Modi'in, March 2022. Credit: Courtesy of AJC.
Spread the word.
Help JNS grow!
Share now:

(March 29, 2022 / JNS) A bipartisan group of American mayors is visiting Israel this week to gain firsthand knowledge about the Jewish state and discuss with their Israeli counterparts how to tackle common challenges.

The trip is organized by Project Interchange, an educational institute of the American Jewish Committee.

They represent the second delegation to visit Israel as part of a Memorandum of Understanding (MoU) between the United States Conference of Mayors and AJC, and the first after two years of the coronavirus pandemic. The trip is designed to strengthen U.S.-Israel relations at the municipal level while having the mayors learn about Israel’s various challenges.

The mayors will talk with municipal leaders throughout Israel to discuss ways to combat COVID, in addition to urban revitalization and smart city innovations, among other topics. They will be introduced to Jewish and Arab mayors, and visit the West Bank city of Ramallah to meet with Palestinian civic and business leaders, including those involved in the high-tech industry.

The delegation is scheduled to visit Ashdod, Netivot, Tel Aviv and Jerusalem, as well as Israel’s borders with Lebanon and Gaza. Historical, cultural and religious sites in the country are also planned. 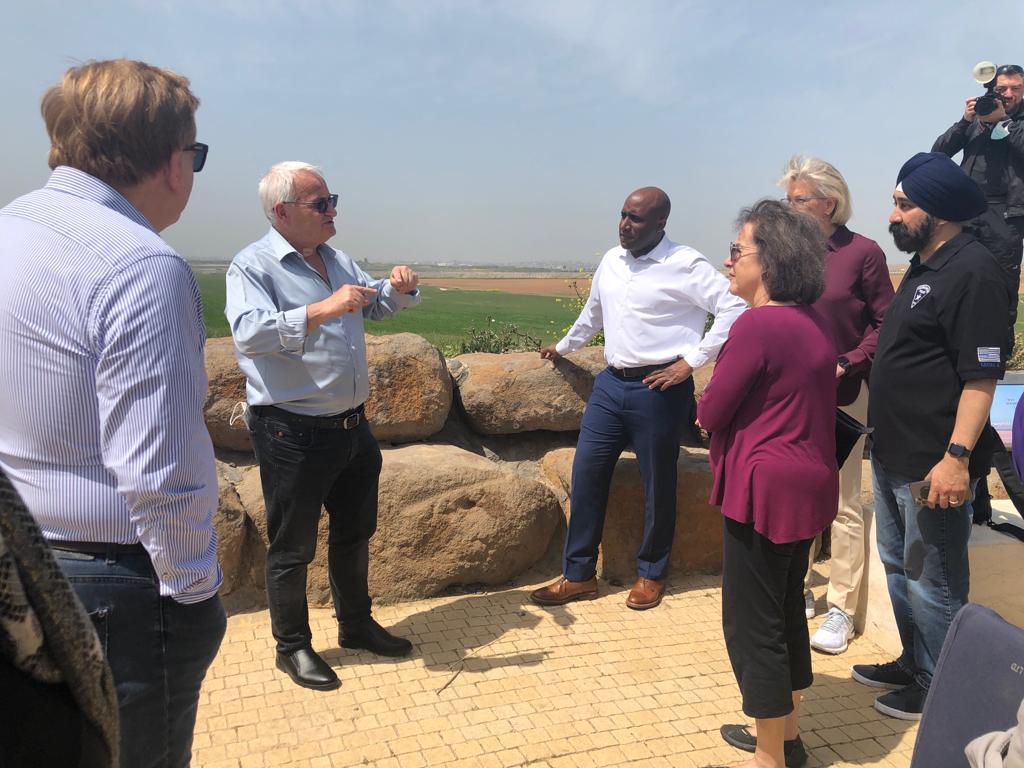 “Our time in Israel provides American mayors the opportunity to learn about and see in person a young, complicated and exciting country that is a beacon of democracy in the Middle East,” said Oklahoma City Mayor David Holt, who is leading the mayoral delegation.

“The U.S. and Israel have had a special relationship ever since Israel’s founding in 1948, and this trip will provide an opportunity for U.S. mayors to better understand that relationship and how our nations work together,” he continued. “It will provide an opportunity for us to discuss the common problems we face and the best ways to solve them.”