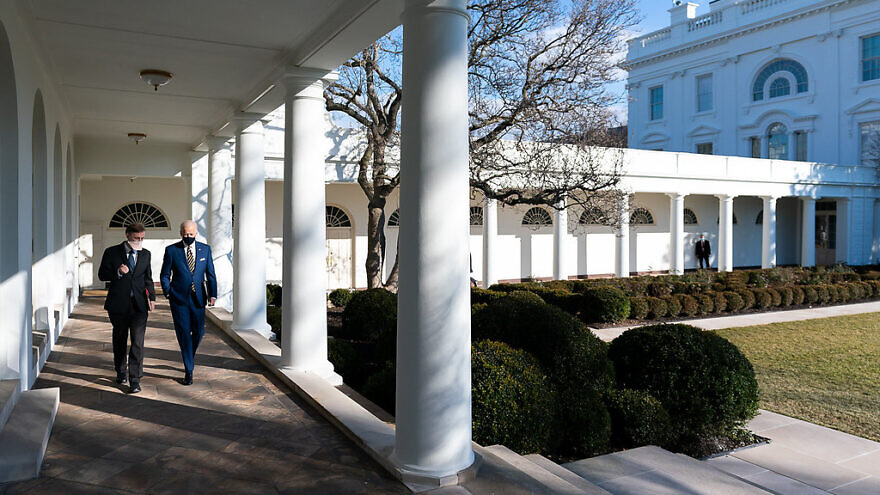 It was the first in-person meeting of the U.S.-Israeli Strategic Consultative Group (SCG), a forum for dialogue between the two advisors and interagency delegations representing defense, military, intelligence and diplomatic officials from both countries.

According to a readout of the meeting, the two sides exchanged views about the various challenges impacting Israel’s security and stability.

Sullivan made it clear that U.S. President Joe Biden is committed to ensuring Israel’s security, promising that the United States will never allow Iran to obtain a nuclear weapon.

According to the readout, Sullivan confirmed that the administration still believes diplomacy is the best way to achieving that goal, though is ready to turn to other options if diplomacy fails.

While this was the first in-person meeting, the group has held virtual ones earlier this year. Hulata also previously met in person with Sullivan when he accompanied Israeli Prime Minister Naftali Bennett on a visit to Washington, D.C., where he had multiple discussions with Biden.

According to a senior U.S. administration official in a background briefing with reporters on Monday, the group has also been discussing the new threat from Iranian unmanned ariel vehicles (UAVs). Both sides also agree that Iran has moved significantly closer to a nuclear weapon in recent years.

“Without getting into details of what we’ll be discussing with the Israelis this week, I would just emphasize that the nature of our discussions again remains very deep, very constructive, and we are very closely aligned on how we see the bigger picture,” said the official. “We don’t see eye-to-eye on every single issue, but there’s a great deal of alignment both in how we see the challenges presented, particularly by Iran, and how to ensure that we are effectively utilizing the full range of tools at our disposal.”

The official said that the Biden administration is hopeful that the negotiations to bring the United States and Iran back into the Joint Comprehensive Plan of Action (JCPOA) will resume shortly in Vienna; it is yet to be seen how Iran is prepared to engage regarding another nuclear deal.