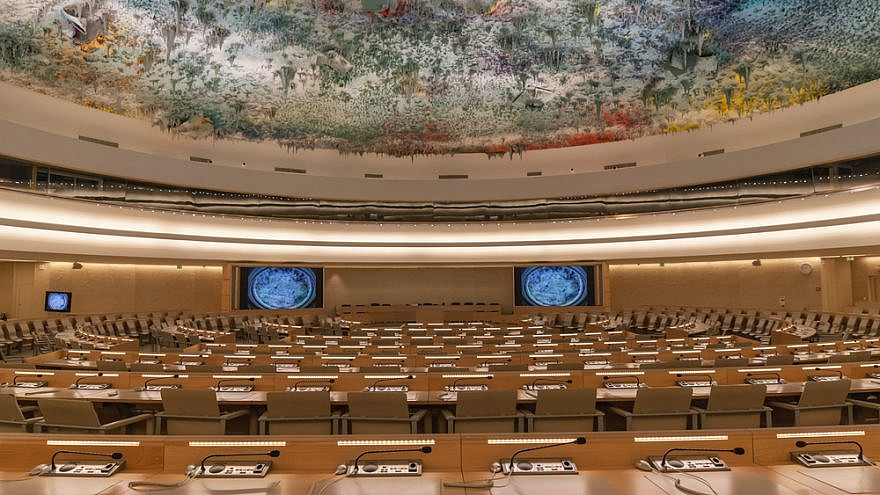 (October 14, 2021 / JNS) The United States was elected to the U.N. Human Rights Council (UNHRC) on Thursday, reversing a move by the Trump administration, which withdrew from the international body in 2018 over its anti-Israel prejudice.

The United States won a three-year term for one of the council’s 18 open seats, starting in January, in a vote by the 193-member General Assembly. The Biden administration signaled that it would return to the UNHRC last February when it announced that it would rejoin as an observer.

“Since the earliest days of this administration, [U.S.] President [Joe] Biden has made clear that our foreign policy would be grounded in America’s most cherished democratic values: defending freedom, championing opportunity, upholding human rights and fundamental freedoms, respecting the rule of law and treating everyone with dignity,” said U.S. Secretary of State Antony Blinken.

“We will work hard to ensure the council upholds its highest aspirations and better supports those fighting against injustice and tyranny around the world,” he said.

Blinken noted the council’s bias, saying it “suffers from serious flaws, including disproportionate attention on Israel and the membership of several states with egregious human-rights records.”

Nevertheless, he said the United States intends to push back against “attempts to subvert the ideals upon which the Human Rights Council was founded, including that each person is endowed with human rights and that states are obliged to protect those rights.”

Several other countries with poor human-rights records are slated to join the council, including Qatar, Cameroon, Somalia, Eritrea and Kazakhstan.

According to the Geneva-based UN Watch, the council will have a new low of only 15 of its 47 members labeled as “free democracies.”

“Electing Qatar, Cameroon or Kazakhstan as a U.N. judge on human rights would be like making a pyromaniac into the town fire chief,” said its executive director, Hillel Neuer.