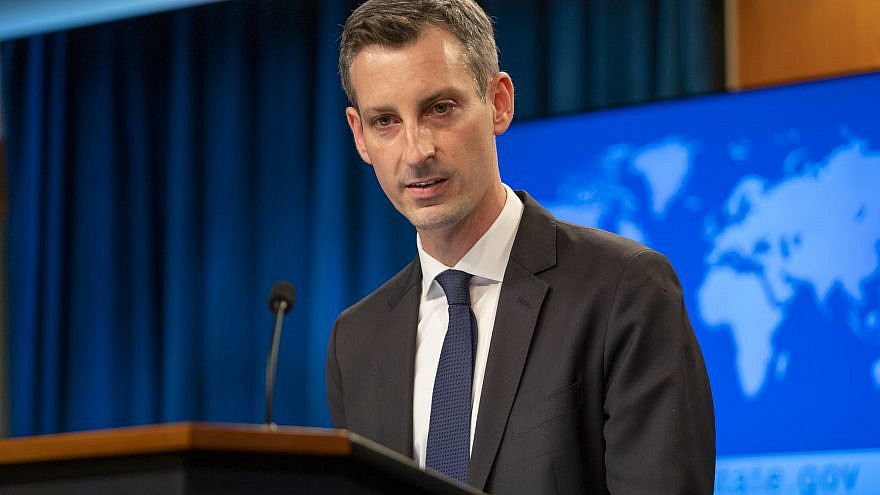 (March 2, 2021 / JNS) Facilitating peace between Israel and Saudi Arabia is a goal of the United States, but it can only happen in the context of the new terms the Biden administration has laid out for its relationship with Riyadh, said U.S. State Department spokesman Ned Price on Monday.

Speaking at a press conference, Price stated that the United States is “recalibrating,” not rupturing, its relationship with Saudi Arabia.

“It requires continued progress and reforms to ensure that this important partnership rests on strong fundamentals and continues to advance our shared objectives in the Middle East,” he said.

The United States, he continued, seeks to accomplish “a great deal” with the Saudis: “To end the war in Yemen and ease Yemen’s humanitarian crisis; to use our leadership to forge ties across the region’s most bitter divide, whether that’s finding the way back from the brink of war with Iran into a meaningful regional dialogue or forging a historic peace with Israel; to help young Saudis open their society to connect to the world, to seize their full potential, and to build ties with Americans.”

But, he added, “we can only address these many important challenges in a partnership with Saudi Arabia that respects America’s values.”

“Looking ahead, Saudi actions will determine how much of this ambitious shared positive agenda we can achieve,” he said. “In all that we do, U.S. policy toward Saudi Arabia will be guided by and founded on America’s foundational values.”

Price said that “from the start, this administration sent a frank message to Saudi leaders. We seek a partnership that reflects our important work together and our shared interests and priorities, but also one conducted with greater transparency, responsibility and accord with America’s values.”