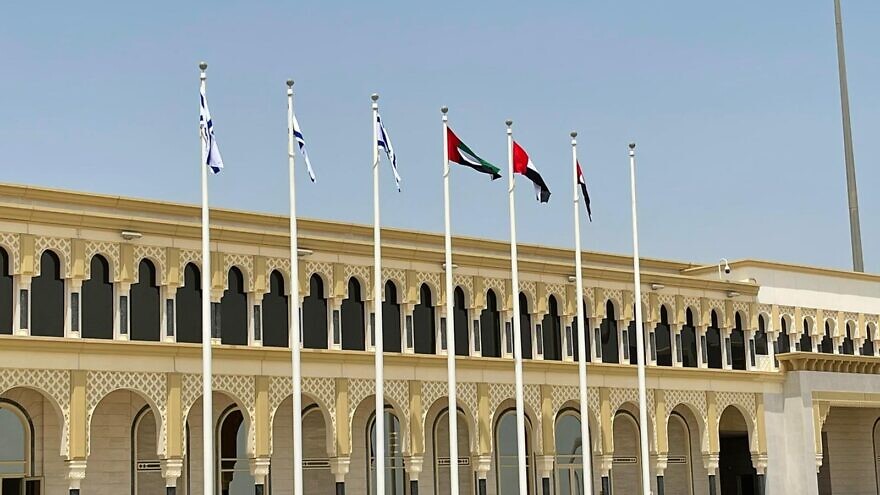 (June 29, 2021 / JNS) The United States welcomed the opening of the Israeli embassy in the United Arab Emirates on Tuesday.

“Foreign Minister Lapid’s trip, the first to the UAE by an Israeli Foreign Minister, and the opening of the first Israeli Embassy in a Gulf state are significant for Israel, the UAE, and the broader region,” U.S. Secretary of State Antony Blinken said in a statement.

Blinken added: “The United States will continue to work with Israel and the UAE as we strengthen all aspects of our partnerships and work to create a more peaceful, secure, and prosperous future for all the peoples of the Middle East.”

Israeli Foreign Minister Yair Lapid flew to the United Arab Emirates on Tuesday in a historic first official visit by an Israeli minister to the Gulf State.

The UAE, along with Bahrain, signed the U.S.-brokered Abraham Accords, a normalization agreement with Israel, in September 2020.

In their meeting on Sunday, Lapid told Blinken that he is looking forward to developing more normalization agreements in the region.

Blinken said that the Biden administration strongly supports the Abraham Accords normalization agreements. However, he added, “as vital as they are, they are not a substitute for engaging on the issues between Israelis and Palestinians that need to be resolved.”