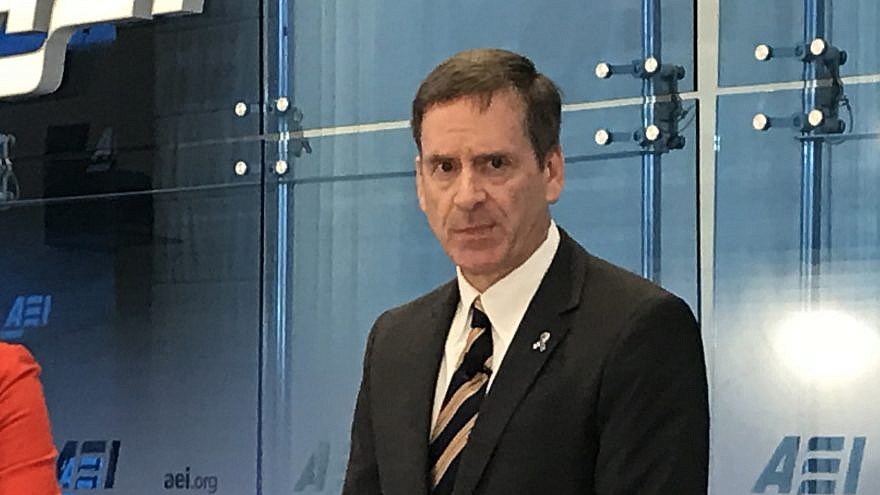 (March 18, 2020 / JNS) U.S. Agency for International Development administrator Mark Green announced on Monday that he will be leaving his post at the end of the month.

“For two-and-a-half years, I have had the honor, and the joy, of serving as the administrator of the United States Agency for International Development (USAID). … it is with pride, and not a little sadness, that I announce my plans to leave USAID and return to the private sector next month,” said Green, who is expected to become president of Arizona State University’s McCain Institute for International Leadership, in a statement.

“With the vision and dedication of the men and women of USAID, the agency has done unceasing and robust work to change and improve the power of foreign assistance to help our partner nations on their journeys to self-reliance,” he continued. “The purpose of foreign assistance is to end the need for its existence. The work of USAID every day provides a powerful return on investment to the American taxpayers for our national security, our economic growth—this generosity is simply in our DNA as a country.”

Green’s last day will be April 10.

On Tuesday, U.S. President Donald Trump announced that John Barsa, currently the assistant administrator for USAID’s Bureau for Latin America and the Caribbean, as acting administrator, despite a reported outside push for the agency’s deputy administrator, Bonnie Glick, to be in the acting role.

During Green’s tenure, USAID ceased projects in the West Bank and Gaza in February 2019 in accordance with the Anti-Terrorism Clarification Act, which also cut off security assistance to the Palestinian Authority—funding that has since been restored. The act provides protections for American victims of international terrorism.

Additionally, during Green’s time at the agency, USAID and Israel partnered in December 2017 with the goal of improving the living standards for hundreds of millions of impoverished sub-Saharan Africans.