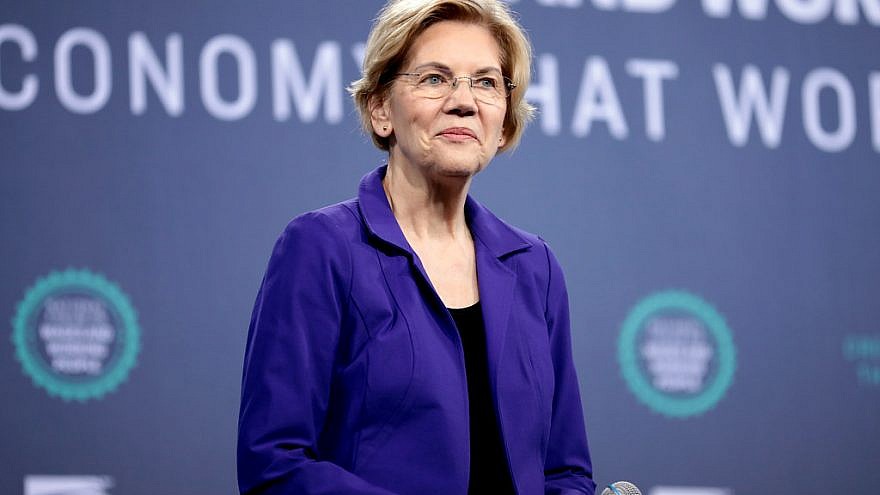 (February 6, 2020 / JNS) Sen. Elizabeth Warren (D-Mass.), who is running for the 2020 Democratic presidential nomination, said on Thursday that the U.S. embassy in Israel should be decided in negotiations between the Israelis and the Palestinians.

She did not say if she would reverse U.S. President Donald Trump’s relocation of the embassy in May 2018.

“We need to encourage both Israel and the Palestinians to negotiate with each other,” she said during a CNN town hall. “The United States should not be putting a thumb on the scale, should not be saying in these negotiations, ‘We stand only with one party.’ We should recognize that Israel has a right to its security. The Palestinians have a right to self-determination and to be treated with respect.”

She continued, saying, “the two-state solution has been the official policy of the United States and of Israel for nearly 70 years now. How do you make that happen? You want to be a good friend to Israel and to the Palestinians. Keep pushing them to the negotiating table. Let them negotiate, for all of the pieces they want, how they create a long-term, sustainable home for Palestinians and a safe, stable home for the Israelis. But our job is to get them to the negotiating table and stop handing out for political reasons just favors to one side and hurting the other. That does not in the long run move that region closer to peace and it does not treat the people in the region with the respect they deserve.”

She added, “The parties should negotiate whether or not the capital is in Jerusalem, where the capital is, and then the United States should move its embassy to be in the capital of each of the two states in a two-state solution.”