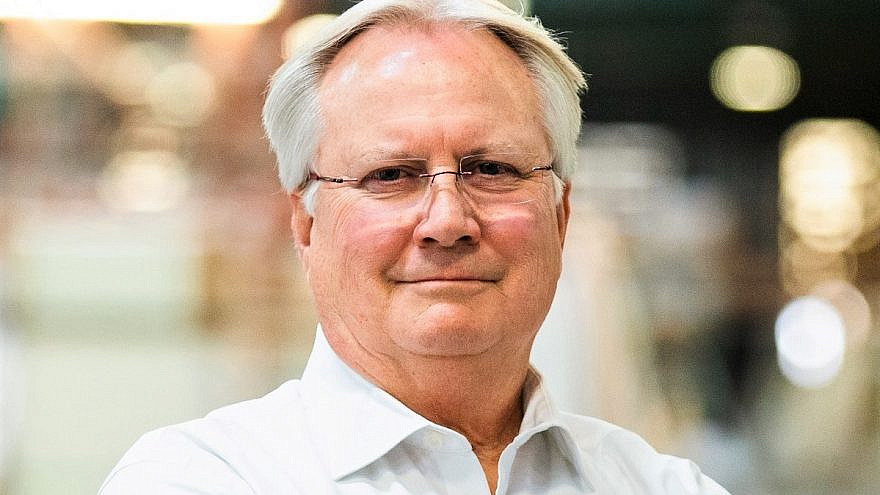 Carl, 62, a devout Christian and married businessman with two children, said that not only do the United States and Israel have things in common, so do Christians and Jews.

He has been to Israel once, going three years ago, and expressed mixed feelings about the nine-day church trip, which included a stop at the Gaza border.

“It was really disheartening. I hate to put it that way, but I love the country, I love the people,” he said. “The places where Jesus was are just so commercialized. It took away a little of the image I had of it.”

At the same time, he said, he was “amazed” by how Israel can “handle banana plantations in the middle of the desert.”

JNS talked with Carl by phone on Nov. 19. The interview has been edited for brevity and clarity.

A: From the standpoint of the United States, we need to support Israel any way we can. I don’t think there’s really an option there. We’ve got to stand firm. But as far as myself and my district are concerned, we will stand very firm with Israel.

Q: What values do America and Israel have in common?

A: We have so much in common. BDS is just horrible. What we’re talking about over there as far as the bias against the Israeli country. That will affect us in the Christian community as much as it will affect the Jewish community. I don’t feel like the Jewish community quite understands that. I was raised in a very small town in South Alabama, and we have one Jewish family that lived in town, and we were all taught that the Jews were G-d’s chosen people and we’ve got to stand firm with them. We have a lot in common. But the way things are going in Israel right now is good; I just hope we can continue for it to happen that way.

A: My Jewish friends … one of my closest friends is Jewish, and he’s always teaching me a little bit of Yiddish and picking at me a little bit, but I encouraged him to visit our church. He knows my minister real well and treats him like a rock star. I know it can seem a little standoffish, and there’s not a lot of confidence and trust in the Christian community. But I think if the Jewish community were to understand how they are held up in my faith as a Southern Baptist, there’s a very special place in our church. We don’t have to agree on everything to be friends.

Q: Are you suggesting that the Jewish community is skeptical of the Baptist community’s support for Israel?

A: Yes. But you have 100 percent support in the Baptist community. There’s no doubt about that.

Q: What do you say to Jews who feel that Baptists are supporting Israel because they seek to convert them to Christianity?

A: It has nothing to do with converting Jews to Christianity. When my Jesus comes back, he’ll come back to where he wants to come back. It doesn’t matter what position the country itself is in; he will still walk in and still be what we need it to be. I don’t view my Southern Baptist belief as trying to convince Jewish people that they need to be Christians. That’s not what it’s about. We do share so much in common. The Old Testament versus the New Testament—we have issues there, obviously. But we have so much in common that if we would just join forces, the movement we would create would just be incredible.

A: I think so much of that has been driven by the Arab community. It’s almost like a cancer. Although it is part of this country to have free thinking and free speech, I think we as legislators need to start pushing back on that. Start calling it what it is.

A: I think that’s fair. I think you have extremes on both sides. There’s certainly more on the left than on the right.

Q: Would you support anti-BDS legislation?

A: Yes. I think BDS is just bad all the way around. I couldn’t think of any way I could support that, period.

Q: Do you condemn the QAnon conspiracy theory?

Q: What’s your reaction to those, including Democrats, who are for conditioning U.S. assistance to Israel on the Jewish state not applying sovereignty to the West Bank?

A: That won’t fly with me. If it’s not something pro-Israel, I’m really not interested.

Q: What was your reaction to a record number of GOP freshmen women elected to the House of Representatives?

A: This is an exciting bunch of ladies. They are focused. They are driven. They are all very smart, all very talented in different fields. I think there are going to be some real movers and shakers in the Republican Party. They’re a pushback on “The Squad.”