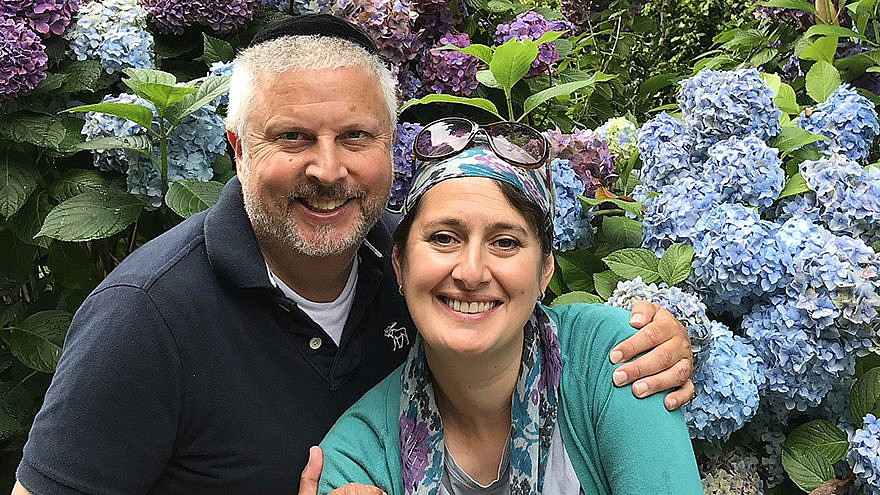 While it was a pioneering service – it faced many early challenges, not least hesitancy and even some resistance to online dating services by many in Orthodox community.

Nevertheless, the need was real and Saker and Rabizadeh were driven by the mission to empower Orthodox Jewish singles with a more enabling and less dismissive dating environment.

As Ben Rabizadeh recalls “Healthy social mixing was becoming a rarity and there was a gross  gender imbalance, where single Jewish women, found dating particularly difficult.”

Within the first years, thousands of Jewish singles joined the service from different Orthodox observant backgrounds and from communities far and wide. Membership aggressively increased and the number of marriages continued to exponentially grow.

The early success of the service – which has always been defined by the number of marriages  –  was nowhere more apparent than in the fact that over 65% of Frumster.com marriages were initiated by women.  That is, where the female member was the first to initiate an email.

The reality, still today, is that in the “traditional” Jewish dating world, and certainly the more observant world, it is often the woman who finds herself playing second-fiddle as it were, waiting for the phone to ring. The online dating service empowers Jewish singles – especially women – to take charge and to take the lead in their dating life.

In 2007 Derek Saker left Frumster.com to take on the position of Director of Communications at OHEL Children’s Home and Family Services.

Derek still in New York, but divorced, began to start dating again and created a profile on what was now JWed.com The name had been changed from Frumster.com to JWed.com in 2007, to meet the need of a growing market of Jewish singles who while not necessarily religiously observant, were equally marriage-minded and equally focused on marrying someone Jewish.

Derek says he created a profile “more out of curiosity” – but was immediately taken by one specific profile – to whom he sent a message.

Within 24 hours, he received a response from Devorah, a 46-year-old Londoner. She was also divorced and a single parent. They began communicating and found much in common. However, shortly thereafter, Derek felt he needed to take a break and self-suspended his JWed profile.

Imagine his surprise 10 days later when Devorah sent a message to his work email!

Devorah had tracked him down, knowing his place of work and full name.

The email subject line was “Either You Will Think I Am Desperate, a Psycho, or Just a Tenacious Woman!” It was a bold move, and the perfect way to win Derek’s heart. “I loved her email, and we started communicating again,” Derek said. “This led to hundreds of emails, WhatsApp calls and videos and in December 2018 Derek flew to London for the weekend.”

Many back-and-forth flights followed between and May 2019 they were engaged and after Derek permanently moved to London, they were married in the winter of 2019. 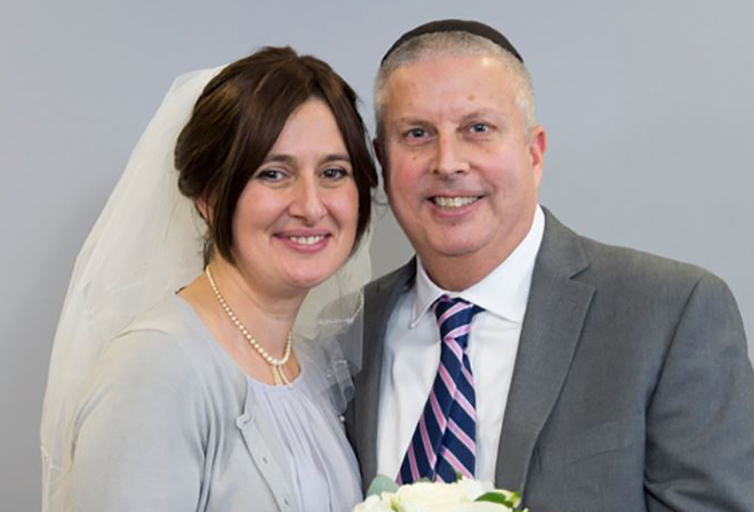 Derek says that while distance was of course a considerable challenge – he had not thought of leaving the U.S. after so many years – that it is important to bear in mind that a significant majority of JWed’s over 3,600 marriages took place between members who were out of city/state and even country.

As he says from first-hand-experience,  “JWed enables Jewish singles – whether from a major metropolitan city or from a small town, whether from across the street, or across the world,  to meet one another, like never before. And while geography is admittedly a major factor in whom one communicates with, JWed has in fact  always encouraged members to search way beyond their immediate location – where character, shared life goals, personality and other virtues, are so often far more important,  than “just” location.

As he says “If two people meet and find so much in common, both current and their plans for the future – geography, however challenging, can be overcome.”

Interestingly the pandemic has seen membership continue to grow leaps and bounds – with many JWed marriages haven taken place during the pandemic – although very small events.

Derek says the younger 18-28 generation, greatly curtailed by social interaction, have taken advantage of the default opportunity to try a dating medium that before some may have seen as unnecessary or had an aversion to.

So too, there has been a huge increase in senior members where before, online dating may have been the furthest thing on their minds.  Solitude during the pandemic has no doubt had a profound impact on senior Jewish singles. While seniors have been more technology averse, this loneliness has certainly fuelled the practicality to overcome any hurdles with the help of family and support staff from the service itself.

Today we see an incredible mix in JWed marriages – now averaging 8 engagements/marriages a month. From younger couples to members in their early eighties. Saker says “we even have a member in his nineties!”

As Derek Saker says “You’re never too old to love and to want to be loved by another.” 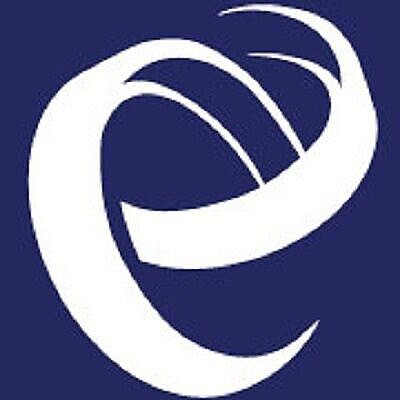 JWed.com
Leading online Jewish dating for marriage service. Authentically Jewish Singles. Exclusively Marriage-Minded.
Publish your organization's press release on JNS Wire
Releases published on the JNS Wire are communicated and paid for by third parties. Jewish News Syndicate, and any of its distribution partners, take zero responsibility for the accuracy of any content published in any press release. All the statements, opinions, figures in text or multimedia including photos or videos included in each release are presented solely by the sponsoring organization, and in no way reflect the views or recommendation of Jewish News Syndicate or any of its partners. If you believe any of the content in a release published on JNS Wire is offensive or abusive, please report a release.