(October 19, 2022, New York, JNS Wire) New York-based nonprofit The Blue Card is returning to the 2022 TCS New York City Marathon as an official charity partner. Runners on Team Blue Card use their training, platform, and the event to raise awareness and financial support to help The Blue Card with their mission of helping Holocaust survivors in need.

The Blue Card has been an official charity partner of the TCS New York City Marathon since 2009. Runners include participants from around the world including Argentina, Austria, France, Israel, Italy, Mexico, and South Africa. Thanks to their commitment and dedication, the members of Team Blue Card have raised over $2,000,000 to date. The marathon follows The Blue Card’s 6-4-6 walk / run held in September, where their goal was to raise $60,000. Participants in that event walked six miles in four days to remember the six million Jews killed in the Holocaust and raised funds for survivors.

“The Blue Card is thrilled to be participating at this year’s NYC Marathon, “said Masha Pearl, Executive Director of The Blue Card. “We are so grateful for the support of our committed team for raising funds to aid Holocaust survivors.”

“It means so much to be a part of Team Blue Card and help raise awareness for everything The Blue Card does to support Holocaust survivors,” said Charlotte Bickley, Influencer and Editor at Large at the Daily Front Row. “Participating in this year’s marathon is the least I can do compared to the tremendous work The Blue Card does on a daily basis.”

For more information or if media is interested in connecting with one of the runners with Team Blue Card, please contact James Lambert, Vice President at Rubenstein Public Relations, at jlambert@rubenstienpr.com or at 212-805-3024. 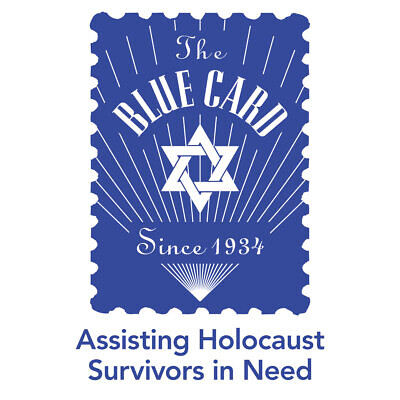 The Blue Card
The Blue Card is a nonprofit dedicated to assisting Holocaust survivors in need. The Blue Card is the only organization in the United States whose sole mission is to help Holocaust survivors with direct financial assistance. Originally founded in Germany in 1934 to provide financial help to Jews fleeing from persecution, The Blue Card was re-established in the United States in 1939 to assist refugees escaping Nazi horrors.
Publish your organization's press release on JNS Wire
Releases published on the JNS Wire are communicated and paid for by third parties. Jewish News Syndicate, and any of its distribution partners, take zero responsibility for the accuracy of any content published in any press release. All the statements, opinions, figures in text or multimedia including photos or videos included in each release are presented solely by the sponsoring organization, and in no way reflect the views or recommendation of Jewish News Syndicate or any of its partners. If you believe any of the content in a release published on JNS Wire is offensive or abusive, please report a release.
Never miss a thing
Get the best stories faster with JNS breaking news updates