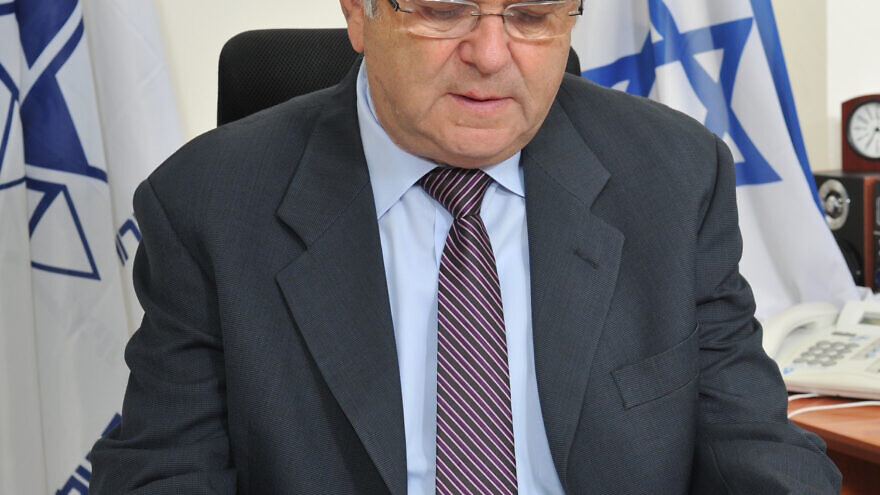 (November 3, 2020, JERUSALEM, Israel, JNS Wire) World Mizrachi’s Orthodox Israel Coalition, which won an historic second place in the recent World Zionist Congress election that has led to religious Zionists now leading some of the largest divisions with the largest budgets in the World Zionist Organization (WZO). The group achieved these goals while also assuming the lead role in unifying the diverse coalition of parties involved in the process.

For the first time in history, Keren Kayemeth LeIsrael – the Jewish National Fund, which controls an annual budget of close to $300 million and owns 14 percent of all land in Israel, will be chaired by a religious Zionist, World Mizrachi’s Avraham Duvdevani. The position will give Orthodox institutions significant influence in the development of new settlements and towns throughout Israel as well as in the building of critical infrastructure for existing settlements and towns across the state.

“Mizrachi saw its role in congressional negotiations to not only secure excellent positions for itself, which it did, but also to act as a bridge ensuring a wall-to-wall agreement in the spirit of the round table nature of these institutions. The unity of the Jewish people is a primary value of Mizrachi. In the negotiations, there were many different parties pushing for a more extreme stance, either to the right or the left. We consistently want to make sure that above all, there would be one large table where all can sit at to collectively build the Zionist movement together going forward,” said Rav Doron Perez, chief executive of the World Mizrachi.

“Our coalition reached an historic achievement through this tremendous global effort. Our results would not have been possible without the leadership of each of our partners,” said Religious Zionists of America Executive Vice President Rabbi Ari Rockoff. “We look forward to our community seeing the meaningful impact that the roles held by religious Zionists will have on our brethren in Israel and the diaspora.”

Other influential areas where Israel and diaspora religious Zionists will reap the benefits of the strong showing in support of the Orthodox Israel Coalition (OIC) in the Zionist elections, include the World Zionist Organization’s (WZO) rural development division, the Chativat Hahityashvut; The WZO’s education division which oversees the dispatching of emissaries to diaspora Jewish communities; and the WZO’s Religious Affairs for the Diaspora division.

While serving as the deputy chairman of the WZO, World Mizrachi’s Gael Grunewald will oversee the education department, a very strategic placement for religious Zionist leadership because it oversees a significant global budget that provides personnel, programs and services Jews around the world. World Mizrachi’s Rabbi Yechiel Wasserman will lead the efforts relating to religious affairs in the diaspora and be succeeded by World Bnei Akiva CEO Roi Abecassis in mid-2021.

The OIC, which came in overall second place in the American elections for the World Zionist Congress, was a broad-based group of nine major religious Zionist and modern-Orthodox organizations that have represented Orthodoxy in the World Zionist Congress for over 100 years. It included the Religious Zionists of America-Mizrachi, AMIT, the Orthodox Union, Yeshiva University, Touro College, Bnei Akiva, Torah MiTzion, National Council of Young Israel, and the Rabbinical Council of America.

About The Publishers
World Mizrachi
Mizrachi is the global Religious Zionist movement, spreading Torat Eretz Yisrael across the world and strengthening the bond between the international Jewish community and the State of Israel. Mizrachi has represented the Torah Voice and the Orthodox movement in the WZO for almost 120 years. Based in Jerusalem and with branches across the globe, Mizrachi – an acronym for merkaz ruchani (spiritual center) – was founded in 1902. For more information visit www.mizrachi.org.
Publish your organization's press release on JNS Wire
Releases published on the JNS Wire are communicated and paid for by third parties. Jewish News Syndicate, and any of its distribution partners, take zero responsibility for the accuracy of any content published in any press release. All the statements, opinions, figures in text or multimedia including photos or videos included in each release are presented solely by the sponsoring organization, and in no way reflect the views or recommendation of Jewish News Syndicate or any of its partners. If you believe any of the content in a release published on JNS Wire is offensive or abusive, please report a release.