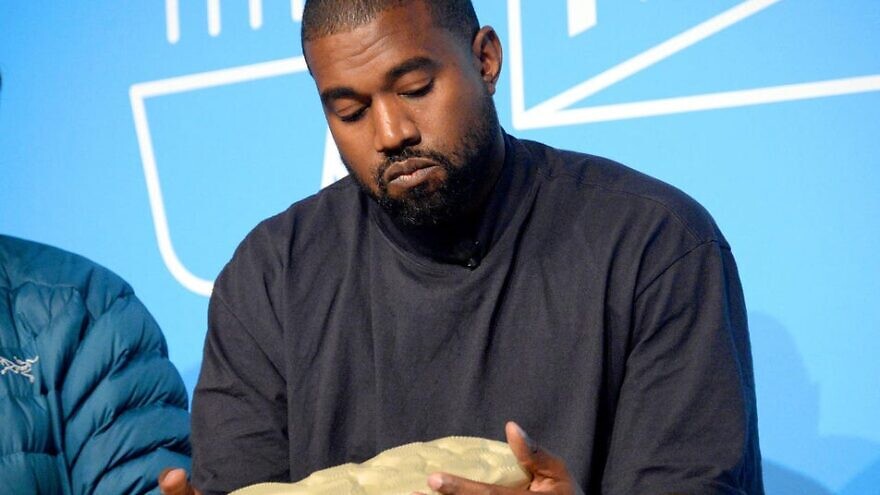 (December 12, 2022 / JNS) Additional financial challenges facing rap artist Ye (formerly Kanye West) have emerged. It turns out that the hip-hop mogul’s Yeezy fashion brand is behind $600,000 in its California taxes.

Two liens have been issued against Yeezy Apparel, which is one of five companies owned and managed by Ye in the state. Some of these other businesses have also faced tax liens, including a charity.

This tax debt is apparently small compared to the federal taxes owed by the rapper. Ye previously said his tax debt had reached around $50 million, prompting the IRS to put a $75 million hold on his bank accounts. The rapper has lost his billionaire status following his series of antisemitic comments. Once believed to be worth as much as $1.5 billion, now Ye is thought to be worth $400 million.

Forbes says that his remaining assets consist of “real estate, cash, his music catalog and a 5% stake in ex-wife Kim Kardashian’s shapewear firm, Skims.” Along with his plans to run for president in 2024, Ye has also announced his hopes to buy a bank.

Ye has also claimed that Adidas is suing him for $275 million. In November, the German shoe company lowered its revenue projections for the quarter in response to the cost of severing ties with Ye. Adidas had received an estimated 4-8% of its revenue from Ye’s Yeezy line.