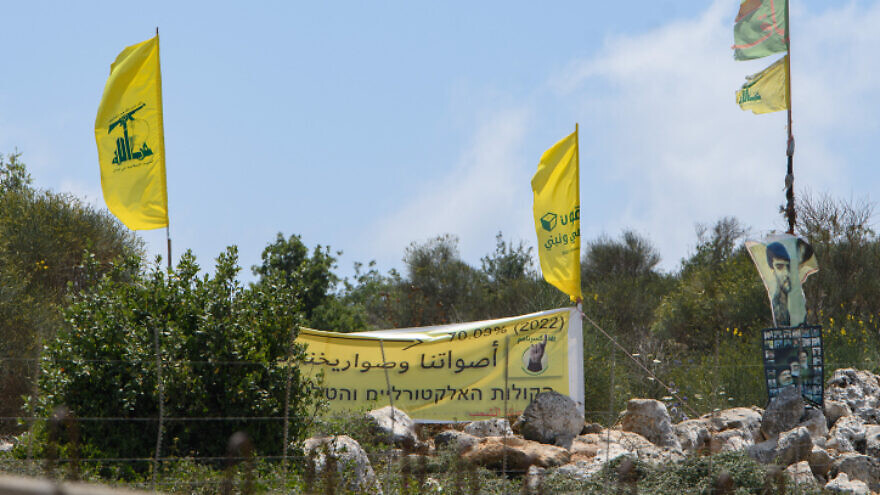 (November 1, 2022 / JNS) As we head to Israel’s fifth election in less than four years, an examination of the Naftali Bennett-Yair Lapid coalition government’s foreign policy track record reveals both highlights and lowlights.

The most controversial foreign policy initiative was Israel’s recent accord with Lebanon demarcating natural gas fields in the Mediterranean Sea.

Brig. Gen. (res.) Amir Avivi, CEO and founder of the Israel Defense and Security Forum, told JNS: “The maritime agreement with Lebanon is a prize for Hezbollah and a very dangerous precedent for Israel because Israel relinquished sovereign territory and financial gains after a terror organization threatened to attack it. We gave 100 percent and got nothing in return. I am very concerned that the government of Israel signed such an agreement a week before elections, without parliamentary approval, without the relevant tangible guarantees for future generations.”

Avivi continued, “All of Israel’s enemies see how the current Israeli government handled the negotiations and will likely think that Israel folded under pressure and is afraid to stand up to Hezbollah, despite the fact that Israel is far superior in terms of military strength. This may have horrible future repercussions. Deterrence is easily eroded, but takes time and effort to build.”

Hezbollah—a jihadi movement designated by the U.S. and many European countries as a terrorist organization—is viewed as the de facto ruler of the weak and divided Lebanese state.

Yishai Fleisher, the English-language spokesman for MK Itamar Ben-Gvir’s right-wing Otzma Yehudit Party, which is running in the election as part of the Religious Zionist faction, told JNS: “The atmospheric they [Bennett and Lapid] left was of capitulation, especially in the Lebanon deal. Why did they capitulate to Hezbollah? It is no small thing when [Hezbollah Secretary-General Hassan] Nasrallah gets up and says he feels emboldened.”

Fleisher, who is also the international spokesperson for the Jewish community of Hebron, stressed that it is important to “attack the spirit of jihadism.”

He described Bennett and Lapid’s policies as “a mixed bag.”

“There was more elimination of terrorists. That was good,” Fleisher said. “They clearly allowed the army to act more aggressively against terrorists.”

Regarding Iran and its chief strategic partner, Hezbollah, Fleisher said, “We saw unattributed attacks in Syria and they [Bennett and Lapid] were able to keep this shadow war going” against Tehran’s forces.

In July, Britain’s Telegraph newspaper reported an Israeli security official saying that Prime Minister Bennett’s “Octopus Doctrine” to disrupt Iranian regime intelligence, aimed at the “head” of the octopus in the Islamic Republic, and not just its “tentacles” across the region in places like Syria, Lebanon, the Gaza Strip and Iraq, “has proven to be effective. It has caused shockwaves throughout the leadership of Iran.”

Fleisher said that the inclusion of the Islamist Ra’am (United Arab List) party’s four lawmakers in the Bennett-Lapid coalition “legitimized jihadist parties. When it first happened an Egyptian paper wrote: ‘How can it be that in Egypt the Muslim Brotherhood is banned but in Israel, they are part of the ruling coalition.’ ”

Bennett and Lapid “gave 53 billion shekels [about $15 billion] to the Muslim Brotherhood [actually to coalition partner Ra’am, a party whose roots are in the Muslim Brotherhood movement—B.W.]. The government acts more like a Western European country and therefore is more susceptible to attacks. And that is a mistake,” Fleisher added.

Turkey continues to permit Hamas terrorists to coordinate and fund attacks in Judea and Samaria from within its borders. “That is the problem,” said Fleisher.

The Telegraph in 2020 reported that 12 senior members of Hamas were in Turkey, adding that Erdoğan had granted citizenship to most of the group’s leaders present in his country.

Ankara’s liberal attitude regarding the entry of travelers from the Gaza Strip suggests that the number of Hamas members and sympathizers in Turkey is considerably higher than 22, according to reports from Jerusalem Center for Public Affairs and other open sources.

Erdoğan is animated by the same jihadi Muslim Brotherhood ideology that inspires Hamas.

Despite the rapprochement between Ankara and Jerusalem in August and September after a 14-year freeze of high-level diplomatic relations, the role of Turkey in enabling Hamas remains a pressing security threat for Israel and the region.

Bennett and Lapid continued former Prime Minister Benjamin Netanyahu’s policy of allowing the transfer of funds from the Qatari regime to the Hamas-controlled Gaza Strip.

Israel’s government delivered a dossier to the Biden administration in June 2021, stating that Qatar also finances the Islamic Republic of Iran.

The most important Middle East peace agreement of this century—the Abraham Accords—remains a cornerstone of Israeli foreign policy. The normalization of relations with the United Arab Emirates, Bahrain, Sudan and Morocco unfolded on Netanyahu’s watch.

The four Sunni Arab countries that are, broadly speaking, part of the Abraham Accords are doing so “based on the realization that Israel is here to stay” and is part of security stability in the region, said Fleisher.

Bennett visited the UAE twice as well as Bahrain, and Lapid has been to the UAE, Bahrain and Morocco. All of this helps to illustrate the centrality of the Abraham Accords in Israel’s foreign policy.

Lapid organized the landmark Negev Summit with the foreign ministers of the UAE, Morocco, Bahrain and Egypt last March.

It remains to be seen how the lows and highs of the outgoing Bennett-Lapid government’s foreign will play with the voters on Tuesday.