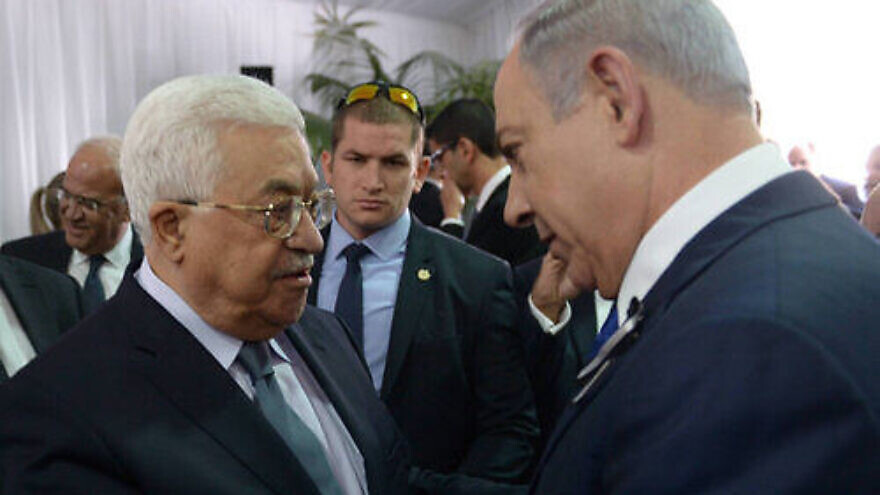 (November 14, 2022 / JNS) Palestinian Authority chief Mahmoud Abbas said in an interview that aired on Sunday that he has no choice but to coordinate with Benjamin Netanyahu.

“I knew Netanyahu for a long time, since the 1990s. … He is a man who doesn’t believe in peace, but I have no other choice but to deal with him,” said Abbas, according to Reuters.

The interview was reportedly recorded on Friday and aired on Palestinian and Egyptian television stations.

“I have a problem with Israel—Israel occupies my land and my country. Who is the prime minister? Netanyahu. I am forced to deal with him,” said Abbas.

For his part, Abbas rejected out of hand the Trump administration’s comprehensive Israeli-Palestinian peace plan, and imposed a years-long boycott on Washington that was lifted only after U.S. President Joe Biden took office.

Peace negotiations between Jerusalem and Ramallah have effectively been stalled since 2014, although the sides continue to cooperate on critical issues such as security cooperation in Judea and Samaria.