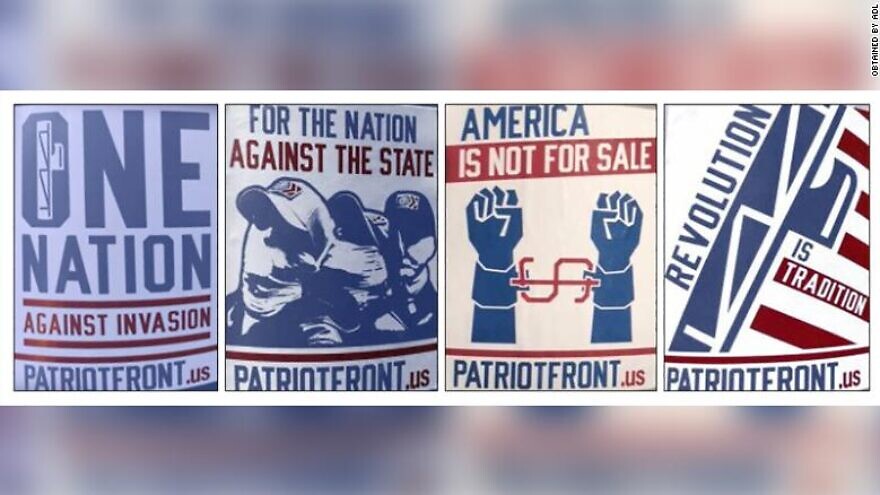 (February 12, 2020 / JNS) White-supremacist propaganda distribution more than doubled in 2019 over the previous year, making it the highest year on record for such activity in the United States, according to new data released on Wednesday by the Anti-Defamation League.

The number of incidents of hate groups leaving posters, flyers, banners and stickers in public increased to 2,713 in 2019, from 1,214 the previous year—an average of more than four per day.

“White supremacists see propaganda distribution, including fliering, leafleting and stickering, as a convenient and practically anonymous way to promote their messages of hate and intolerance,” said ADL national president and CEO Jonathan Greenblatt in a statement. “While we know extremists and hate groups are emboldened by the current environment, this surge in fliering and propaganda distribution powerfully demonstrates how bigots are able to spread their message without compromising their anonymity.”

According to the ADL’s Center on Extremism, some 630 incidents were reported on college and university campuses, nearly double the 320 campus incidents reported nationwide in 2018. Campus incidents accounted for one-quarter of the total incidents of white-supremacist propaganda distribution nationwide.

White supremacists targeted a total of 433 campuses in 43 states and the District of Columbia in 2019.

There were 410 on-campus incidents during the fall 2019 semester—more than double any proceeding semester, and a 159 percent increase from the 158 incidents reported during the 2019 spring semester.

Nonetheless, there were 20 percent fewer white-supremacist events in 2019 than 2018, down from 95 to 76 events. The number of flash demonstrations also declined, dropping from 43 to 26.