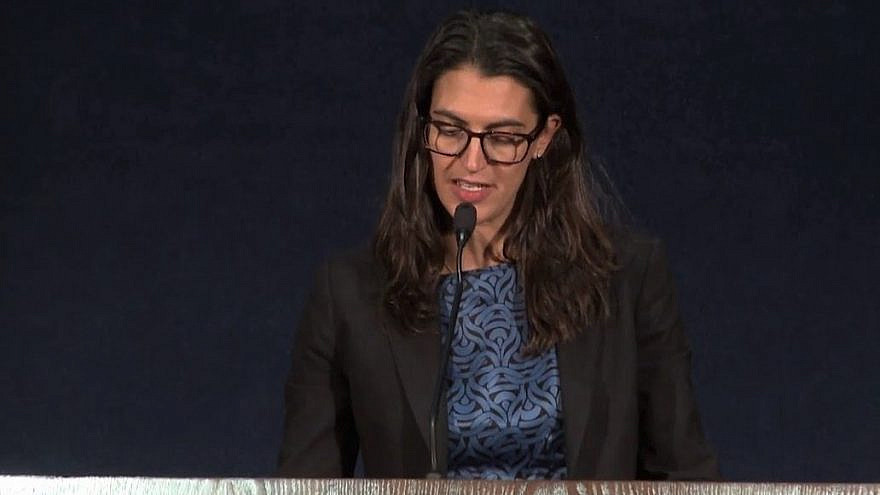 Among her anti-Israel activities, Margon used her position as head of the HRW in Washington, D.C., to promote the anti-Israel BDS movement by pressuring Airbnb to remove its listings in Judea and Samaria. When Peter Beinart put out his infamous “I No Longer Believe in a Jewish State” op-ed in The New York Times, Margon highlighted an excerpt calling for the destruction of Israel.

“Peter Beinart is on fire,” she cheered. Margon’s withdrawal has been celebrated as a victory by Zionist Organization of America National President Morton A. Klein.

“Human rights are important and that most definitely must include the human rights of Israeli Jews who are under assault from violent terrorists as well as bigots who hold Israel to a biased double standard,” stated Klein. “It is perverse to single Israel out for sanction when it is the only democracy in the Middle East, the only country in the region that respects human rights, gay rights, religious liberty, and freedom of speech. Organizations like Human Rights Watch and George Soros’ Open Society Foundations are nothing more than a collection of such bigots who outrageously target Israel because it is the world’s one and only Jewish state.”

“Sarah Margon was an inappropriate appointee from the start given her hatred of Israel and support for the antisemitic BDS movement,” Klein continued. “She is one of the many hostile-to-Israel Biden nominees to important posts and we are glad she, at least, is no longer under consideration.”

Margon was nominated by President Joe Biden in April of 2021 with the support of all committee Democrats, but her appointment was held up in the Foreign Relations Committee by Senator Jim Risch (R-ID).

“Senator Jim Risch (R-ID) deserves tremendous credit for stopping this disastrous nomination from moving forward,” stated ZOA Director of Government Relations Dan Pollak. “She is overtly a supporter of BDS, although she lied about this in her confirmation hearing. Opposition to her nomination should have been bipartisan, and it is a stain on every Democratic Senator who knew that she was not suited for this job yet still supported her for political reasons. In this case the system worked to stop an anti-Israel activist from holding a vital office in the State Department. ZOA hopes President Biden will nominate a qualified candidate for this position who is not an Israel-hating activist.”