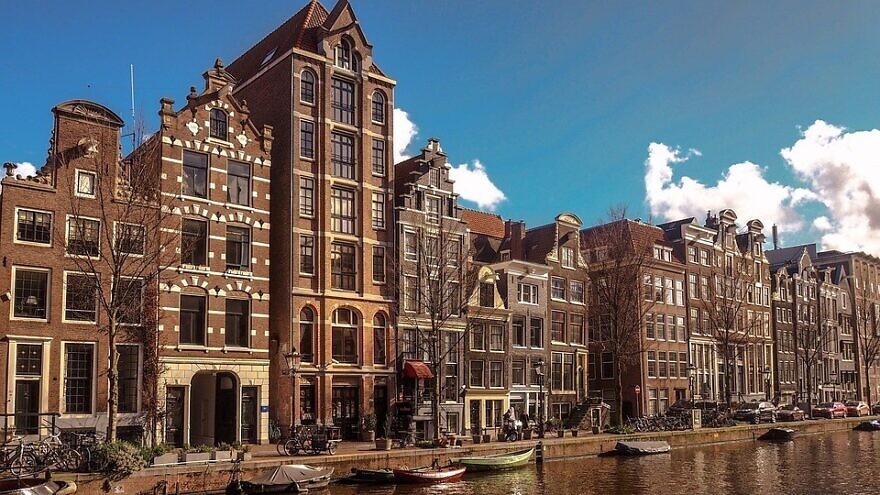 (February 14, 2022 / JNS) Administrators at more than a dozen universities in the Netherlands are complying with a freedom of information request filed by a pro-Palestinian organization to make public lists of their connections to Jewish and Israeli organizations and universities.

The request was made last month by the pro-Palestinian group the Rights Forum. Its director, Gerard Jonkman, said the purpose was to find out about “institutional ties with [Israeli] universities, institutions and businesses and with organizations that propagate support for the State of Israel.”

Among groups of interest to the organization include the Central Jewish Board of the Netherlands, the Anti-Defamation League, the International Holocaust Remembrance Alliance, B’nai B’rith, Christians for Israel and Elbit Systems, an Israeli defense company.

“The clear inference is that some shadowy Zionist/Jewish cabal is operating in the Dutch university system. This reeks of anti-Semitism, but it comes as no surprise to me, given this group’s reputation,” said Dutch Chief Rabbi Binyomin Jacobs in a statement on Wednesday.

“What really concerns me,” he added, “is the number of universities that were so compliant with such a transparently anti-Semitic request. It reminds us that most mayors cooperated during the occupation to pass on the names of their Jewish citizens to the Germans.”

The Rights Forum was founded by former Netherlands Prime Minister Dries van Agt, who has been accused of anti-Semitism on numerous occasions and has vocally criticized Israel.

Van Agt has previously accused Israelis of poisoning Palestinians; compared Israel to Nazi Germany; and cited his “Aryan” roots when pardoning four Nazi war criminals when he was justice minister during the 1970s.

In 2017, the Central Jewish Board of the Netherlands officially called the 91-year-old van Agt an anti-Semite.

“The ironically named ‘Rights Forum’ has revealed its dystopian, anti-Semitic core,” said Chief Rabbi Pinchas Goldschmidt, president of the Conference of European Rabbis in a statement. “We urge Dutch universities to use all available means to resist their attempts to stigmatize and incite prejudice against Jews. We stand in solidarity with the Dutch Jewish community.”