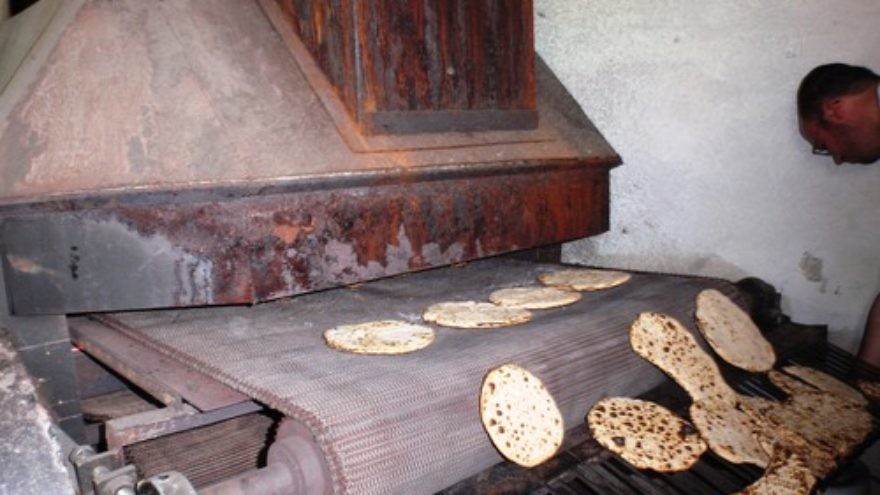 (March 14, 2022 / Israel Hayom) The Association of Gulf Jewish Communities (AGJC) announced Sunday that it will bring matzah-making to several Gulf Cooperation Council (GCC) countries ahead of Passover, which begins on Friday, April 15.

Additionally, the AGJC, the umbrella organization for the Jewish communities of the GCC, has arranged for the shipment of 775 pounds of matzah to be distributed throughout GCC member-states, representing a nearly 20% increase as compared to Passover last year.

The GCC is a regional, intergovernmental and economic union that consists of Bahrain, Kuwait, Oman, Qatar, Saudi Arabia and the United Arab Emirates. Of its members, Bahrain and the UAE—together with Sudan and Morocco—are part of the historic Abraham Accords, which have seen Jewish life in the Gulf thrive.

“As Jewish life in the Gulf continues its historic rise, there is a greater need for matzah than in years past,” said AGJC’s Rabbi Dr. Elie Abadie. “Our objective in creating the AGJC was to share resources among the communities in the region. By bringing in matzah and localized baking in some countries, more Jews will be able to have the convenience of celebrating Passover here this year.”

AGJC president Ebrahim Nonoo noted, “We are very excited to be baking matzah with our communities this year; it is something that some used to do individually in the past, but this year, we will be able to bring families and children to participate in this mitzvah. We have seen an influx of Jewish people moving to the GCC over the last year and are expecting several Passover programs in our countries this year, as well. We are thrilled to have an increased demand for matzah and to be able to ship in more this year than ever before.”