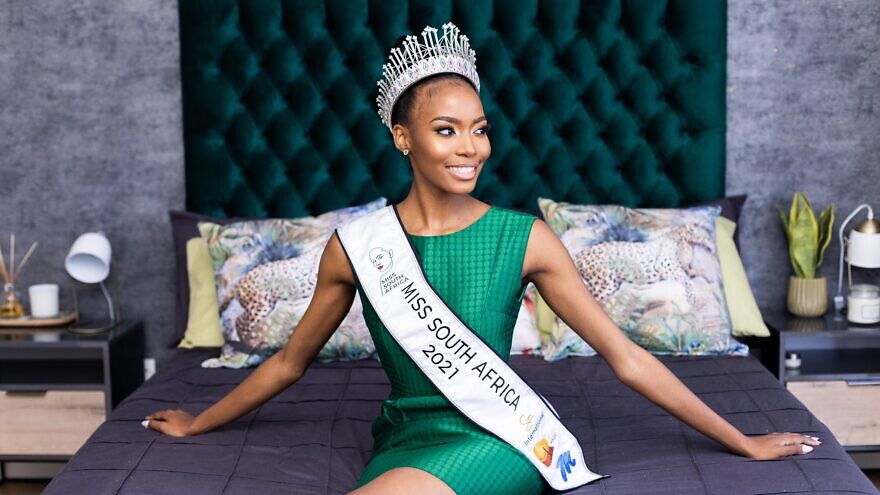 (November 9, 2021 / JNS) The beauty queen who will represent South Africa in the 2021 “Miss Universe” pageant set to take place in the southern Israeli resort city of Eilat is facing online harassment by supporters of the BDS movement against Israel.

Lalela Mswane was crowned Miss South Africa in late October. On Nov. 2, she tweeted about taking on the new role, saying she is “looking forward” to the event—“There is a stirring in my soul; a restless, a wild anticipation. I am staring out into the horizon as far as I can.”

The Twitter post has since been bombarded with comments from BDS supporters who wrote “#NotMyMissSouthAfrica, “#freepalestine” and “#boycottisrael.” Many also posted the emoji of the Palestinian flag and called for a boycott of the entire Miss Universe pageant because it is set to take place in Israel.

“Shame on you Miss SA for supporting an apartheid state,” one Twitter user wrote to Mswane.

Another told her: “You are not deserving of the crown, and you don’t represent South Africa.”

The Miss South Africa Organization responded to the online hatred, saying it is “not getting involved in a political war of words and looks forward to watching Miss SA make the country proud on an international stage.”

Mswane has not succumbed to the pressure she’s been receiving online.

On Friday, the Johannesburg-based Palestine Solidarity Alliance (PSA), which has launched a campaign to boycott the “Miss Universe” competition, acknowledged on Instagram that “after weeks” of trying to get in touch with Mswane, “with an intention of educating her with regards to the plight of the Palestinian people,” she had blocked two PSA social-media accounts.

The 2021 “Miss Universe” beauty pageant is scheduled to take place on Dec. 12.