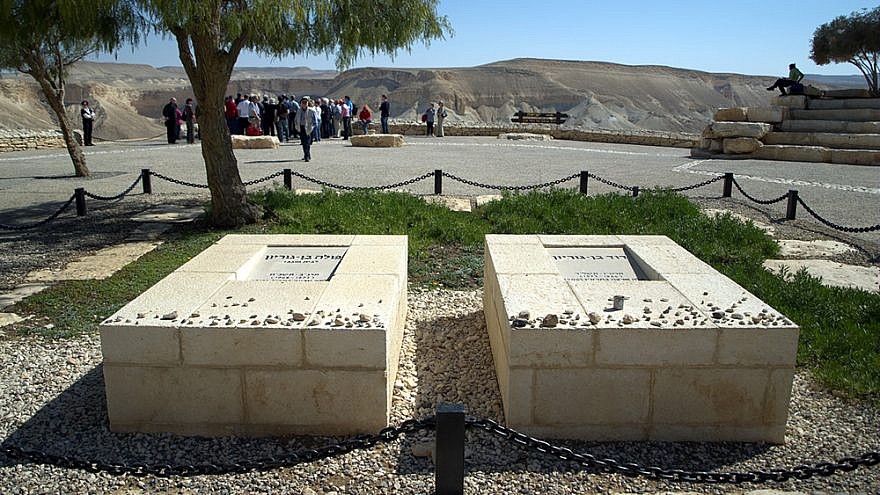 The day is an Israeli national holiday that celebrates the life and vision of Israel’s founding father and first prime minister, David Ben-Gurion.

Before the live virtual tour, BGU’s annual Ben-Gurion Awards will be presented to 10 Israelis, including alumni from government, industry, education and Beersheva Theater.

Herzog will also be briefed about BGU’s Chaim Herzog Center for Middle East Studies and Diplomacy, named after his late father and former Israel president.

Those receiving awards include Dr. Efrat Bron-Harlev, CEO of Schneider Children’s Medical Center of Israel; Adv. Mina Kalman-Haddad, a member of the Beersheva city council, head of the Volunteering Department and founder of the Gesher movement; Reda Masarwa, vice president of Fab Construction Engineering of the Intel Corporation; former Knesset member Shuli Moalem-Refaeli, an educator and advocate for Israel Defense Forces’ widows and orphans; Yosef Mizrah, professor emeritus in the life-sciences department who imported and adapted exotic fruit trees to Israel’s climates; Professor Bracha Rager, former chief scientist of the Israel Health Ministry, one of the founders the Faculty of Health Sciences and a noted measles researcher from the department of microbiology and immunology; Dr. Ron Sabar, founder of Sabar Health-Home Hospital, the largest home hospital service in Israel; and Maj. Gen. (res.) Amos Yadlin, former head of IDF Military Intelligence and a decorated fighter pilot.

The late Gabriel Tamman, a benefactor of educational initiatives in Israel and abroad, will also be honored, and one of the university’s gates is to be renamed in his memory.

The Beersheva Theater was founded in 1973. CEO Shmulik Yifrach will accept the prize on its behalf.