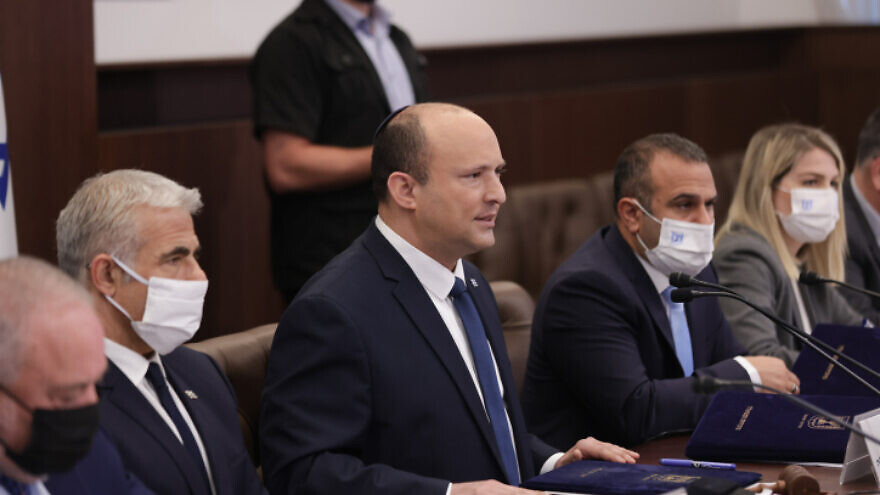 (April 24, 2022 / JNS) Israel’s premier told the secretary general of the United Nations on Saturday that Jerusalem was disappointed at the lack of U.N. condemnation of the recent rocket fire from the Gaza Strip.

The international community “must not serve the agenda of the [Palestinian] terrorist organizations,” Prime Minister Naftali Bennett told U.N. Secretary General Antonio Guterres during a telephone conversation on Saturday evening, according to Bennett’s office.

Earlier on Saturday, Israel announced the closure of the Erez Border Crossing between Israel and Gaza, following the launch of two rockets at Israel by Gazan terrorists on Friday night.

Last Monday, terrorist groups in the Gaza Strip launched the first Gazan rocket attack against Israel in seven months. The rocket was downed by Israel’s Iron Dome air defense system, and there were no casualties or damage.

Tensions in Israel have been running high in recent weeks, with Israeli security forces engaging in multiple counter-terror raids in Judea and Samaria following a wave of deadly terror attacks that claimed the lives of 14 Israelis. There have also been multiple violent disturbances on the Temple Mount in Jerusalem’s Old City.

Referring to the disturbances, Bennett said that it was only due to Israel’s security forces that Muslims were able to pray at the site during Ramadan at all.

“Israel is the stabilizing force; if we did not uphold order, tens of thousands of Muslims would not be able to pray,” said Bennett.

The rioters, he said, had “prepared rocks and Molotov cocktails in advance for use from inside the [Al Aqsa] mosque.”

Bennett and Guterres also discussed the latter’s scheduled trip this week to Moscow to meet with Russian President Vladimir Putin, and to Ukraine to meet with Ukrainian President Voldymyr Zelensky, as part of international efforts to end the war in eastern Europe.