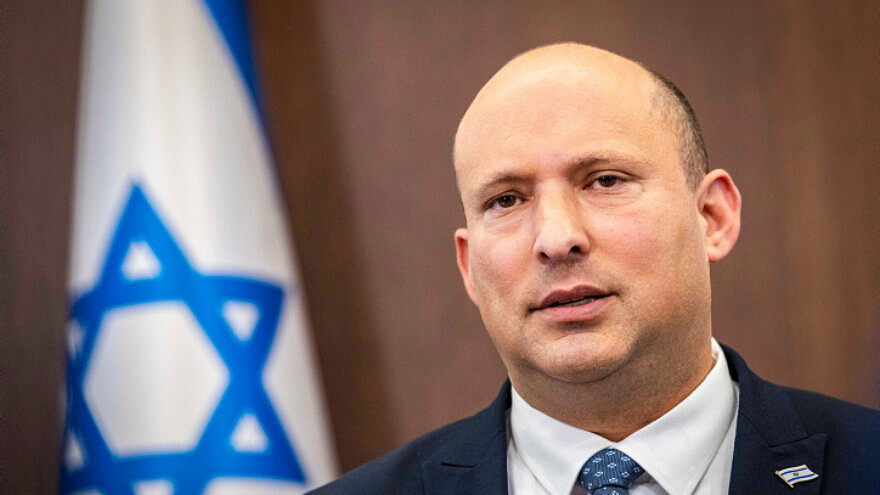 (November 6, 2022 / JNS) Alternate Prime Minister Naftali Bennett will resign in the coming days, and has informed Prime Minister Yair Lapid of his decision, according to a statement from his office.

Bennett, who did not run in Tuesday’s elections, cited as the reason the decisive victory in the national vote by opposition leader Benjamin Netanyahu’s right-religious bloc.

Lapid had agreed to not make any sensitive political decisions prior to the establishment of the next government, the statement said.

In a subsequent Facebook post on Nov. 4, Bennett, who in June 2021 defected from the right in order to lead a center-left coalition as part of a power-sharing agreement with Lapid, encouraged Israelis to “try even harder so that we can live here together.”

“We must all respect the results and pray for the success of the government, its leaders, ministers and advisers. Its success is our success,” he said.

“To my friends in the center-left bloc: these results are not the end of the country,” he added.

In a Sept. 14 post, which he pinned to the top of his Facebook and Twitter accounts, Bennett described his decision to abandon his right-wing base and join forces with center-left, far-left and Islamist parties as the “best and most Zionist decision in my life.”