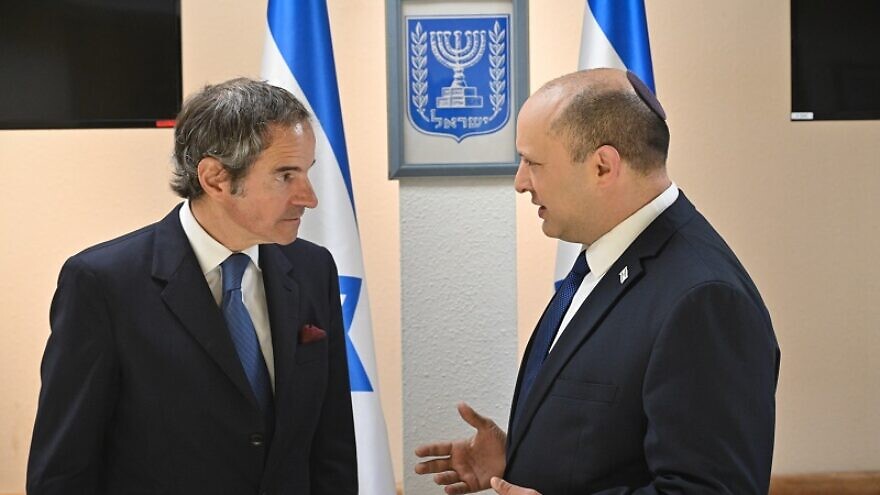 The prime minister emphasized the “urgent” need to mobilize the international community to take action against Iran, “using all means,” the statement continued.

He stressed Israel’s support for the IAEA carrying out its mandate vis-à-vis Iran in a “professional and independent way,” as well as the importance of the IAEA Board of Governors delivering a “clear and unequivocal” message to Iran.

“While Israel prefers diplomacy in order to deny Iran the possibility of developing nuclear weapons, it reserves the right to self-defense and to action against Iran in order to block its nuclear program should the international community not succeed in the relevant time frame,” said Bennett, according to the statement.