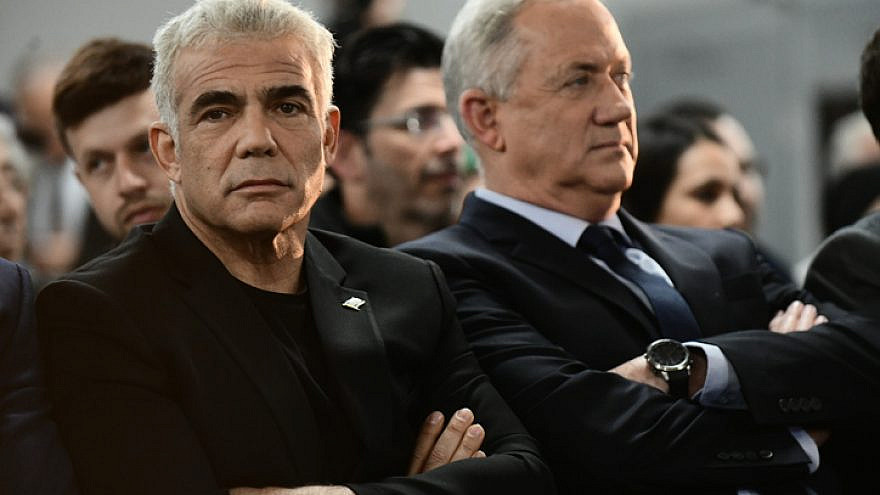 (December 6, 2020 / Israel Hayom) The Knesset still has not dispersed, and a date for the next election has not been set. But the turmoil in the anti-Prime Minister Benjamin Netanyahu camp continued unabated and even intensified over the weekend. Blue and White leader Benny Gantz is fighting Yesh Atid chairman Yair Lapid; Moshe Ya’alon is squabbling with both of them; and the names Gadi Eizenkot and Ron Huldai are being bandied about in an ultimate effort to replace Netanyahu as premier.

The former political allies, Gantz and Lapid, visited the television studios on Saturday, and following their respective interviews, it appears that a path to a renewed partnership is particularly unlikely. Gantz told Channel 12’s “Meet the Press”: “I’ll lead the camp; Yair Lapid can’t form a government in Israel. His friends know this, and he knows it. I’m ready to cooperate with anyone who wants to join; I’ll move forward and people will follow my lead.”

Gantz also discussed the prospect of former Israel Defense Forces Chief of Staff Gadi Eizenkot’s foray into politics. “I’d be happy for Gadi to contribute politically, and I’d certainly be happy for him to join me,” he said.

Another former army chief and Lapid’s No. 2, Ya’alon, declared that he that he, too, was considering severing the partnership between Yesh Atid and his Telem Party and incorporating Eizenkot as his deputy.

“Gadi Eizenkot understood Gantz’s lesson,” said Ya’alon. “If he enters [politics], then it’s clear he will enter with me and my party and I will lead. I didn’t decide to leave Lapid; decisions will be made when there are elections. I met with Eizenkot [last] week; he’s an excellent person, and we meet often.”

Individuals who have spoken with Eizenkot, however, told Israel Hayom that Eizenkot was still undecided about entering politics at all, and in any case, his views align with those of center-right parties.

Lapid responded on Saturday, telling Channel 13 News: “I’m not mad at [Ya’alon]. Politicians are allowed to take stock of their situations. But if you want to replace the government, Yesh Atid will be the only option.”

Regardless, until Eizenkot decides—if he decides—to run, officials in Blue and White are preoccupied with the fight over the national budget. Gantz continues insisting he won’t compromise on the matter. “More than a few pundits will eat their hats,” he said. “Either the 2021 budget will pass in the Knesset, or we’ll go to elections.”

Likud officials, meanwhile, lambasted Blue and White for saying, on one hand, that a unity government is important, but on the other hand pushing for elections in a very short time frame to prevent Netanyahu from attaining the “victory image” of the coronavirus vaccine and containing the pandemic in several months.

In his interview with “Meet the Press” on Saturday, Gantz said: “I’ve spoken with Netanyahu dozens of times about this. A budget was supposed to have been passed in August. Either there will be a budget, or we will go back to the public and tell it we did what we could to stabilize [the country] in an emergency situation, and let’s continue forward.”

The Likud said in response: “Gantz is panicking because of his situation in the polls, which is why he’s conducting desperate interviews and brazenly using the IDF for political purposes to rehash the fake submarine story, even though he himself testified to the police that there’s nothing to the story. Gantz’s advisers need to abandon this failed strategy and advise him to join the prime minister in the efforts to deliver vaccines, fight the coronavirus [and] bring more economic assistance to the citizens of Israel and more historic peace agreements.”