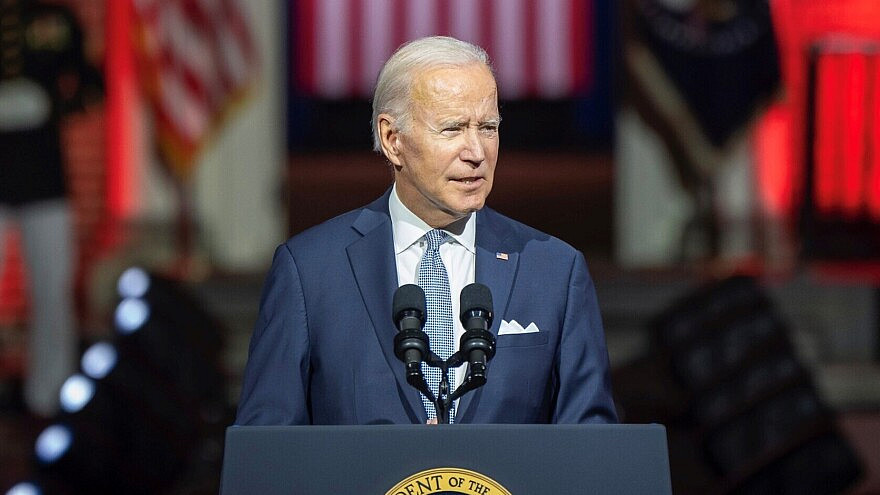 (January 5, 2023 / JNS) In a speech on border security and enforcement Thursday, President Joe Biden compared asylum seekers at America’s southern border to Jews fleeing Nazi Germany. The remark came in response to a question about whether Biden viewed migration as a human right.

“Well I think it is a human right if your family is being persecuted,” Biden said. “I thought it was a human right for, you know, Jews in Germany to be able to go […] escape and get help where they could.”

Biden went on to say that Americans have basic fundamental rights to make sure asylum seekers do not have criminal histories.

The president’s comparison drew criticism on social media from policymakers and federal lawmakers.

“Biden just compared illegal aliens—lawbreakers who have been found to be terrorists, drug dealers, and bad actors—to Jews fleeing Germany during the Holocaust. Not even remotely the same situation. This kind of mindset prevents us from legitimately securing our border,” tweeted Rep. Andy Biggs (R-Ariz.)

Stephen Miller, who was a senior advisor to former President Donald Trump, also weighed in on Twitter.

“Comparing Haitians leaving Haiti or Nicaraguans leaving Nicaragua to Jews fleeing violent extermination from Nazi Germany is both an outrageous minimization of the Holocaust and a vile slander of Latin American nations,” wrote Miller. “Biden will say or do anything to expand illegal immigration.”

Biden will visit the southern border city of El Paso on Sunday to meet with local officials and address enforcement operations on the U.S.-Mexico border. This will be his first official visit to the southern border since becoming president two years ago.