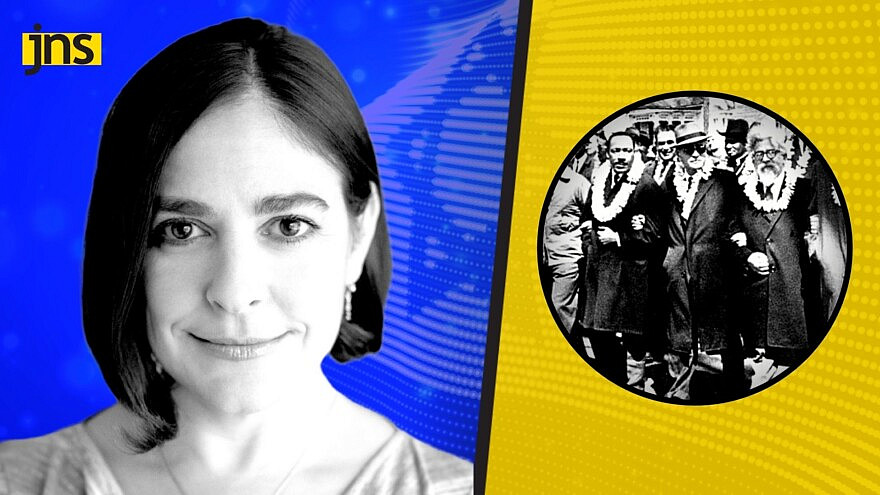 Combined with the physical assaults against Jews by blacks in Brooklyn, Queens, Monsey, Jersey City, Los Angeles and other cities, the sense is growing that blacks and Jews in America are doomed to a pathological relationship of assailant and victim, according to Glick.

Therefore, to appraise the situation, the host is joined by Pastor Dumisani Washington. Pastor Washington is the founder and CEO of IBSI – The Institute for Black Solidarity with Israel. Through his work, he is educating black pastors about Israel and the Jews.

The two analyze the ideologies driving the hatred. They also consider what needs to happen within the black community to build solid bridges.

The importance of education

Glick and Pastor Washington then discuss the work of lowering levels of antisemitism and convincing black Americans to view Jewish Americans and Israel as kindred spirits.

A large part of this work, the pastor explains, involves educating black Americans about their own history—the lost history of 100 years of black advancement in America from the end of the Civil War in 1865 through the passage of the Civil Rights Act of 1965.

Antisemitism at the World Cup

In her opening, Caroline discussed former Prime Minister Naftali Bennett’s latest “exit.” This week Bennett launched an international speaking tour with an op-ed in the Sunday New York Times. It was a piece that Bennett wouldn’t have dared to publish in Israel because no one would have bought any of his lies. Caroline explains why the political campaign Bennett wouldn’t have dared try on Israeli voters is now his calling card abroad, and why it bodes ill for Israel.