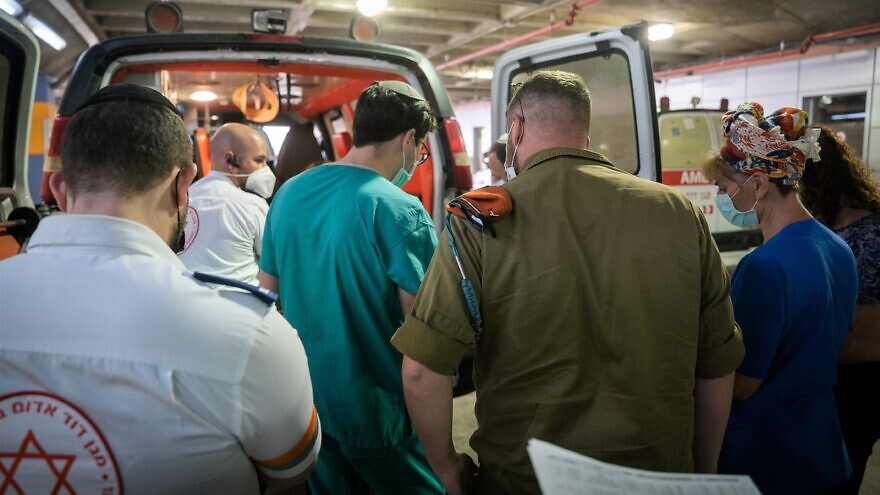 (November 9, 2021 / JNS) The Israel Defense Forces’ Home Front Command has recently practiced the evacuation of a hospital in northern Israel under a heavy missile attack during a simulated war in order to create space in the hospital for treating wounded civilians and military members.

“The multi-organizational National Home Front Exercise is unique in scope and cooperation across all emergency services. The focus of the exercise is to practice the intricacies of operating together in order to be synchronized during a time of emergency,” the IDF said in a statement. “For the first time, the Home Front Command and NEMA will train in accordance with the recommendation of the Mizrahi Committee, which determined in 2018 the need for cooperation between NEMA and the Home Front Command in an emergency.”

Col. Dr. Tomer Koler, chief medical officer of the Home Front Command, told JNS on Sunday that “our role in emergencies is both to medically assist civilians who have been harmed, and to support and prepare the entire Israeli medical system for war. During war, our role is to assist the medical system.”

And so, the Home Front Command uses peacetime to hold drills and boost its readiness, he stated.

“The past week was the national home-front exercise and beyond military challenges, there are many challenges to Israeli home front,” he said.

Koler added that “the whole idea of the drill was to examine how we provide solutions so that basic services keep can keep running for civilians, and that information keeps flowing to civilians and to [civilian] authorities,” he added.

In an all-out war scenario, with heavy rocket barrages raining down on Israel, civilians will be in safe areas, and the Home Front Command together with other authorities would keep essential services running, including the medical system. 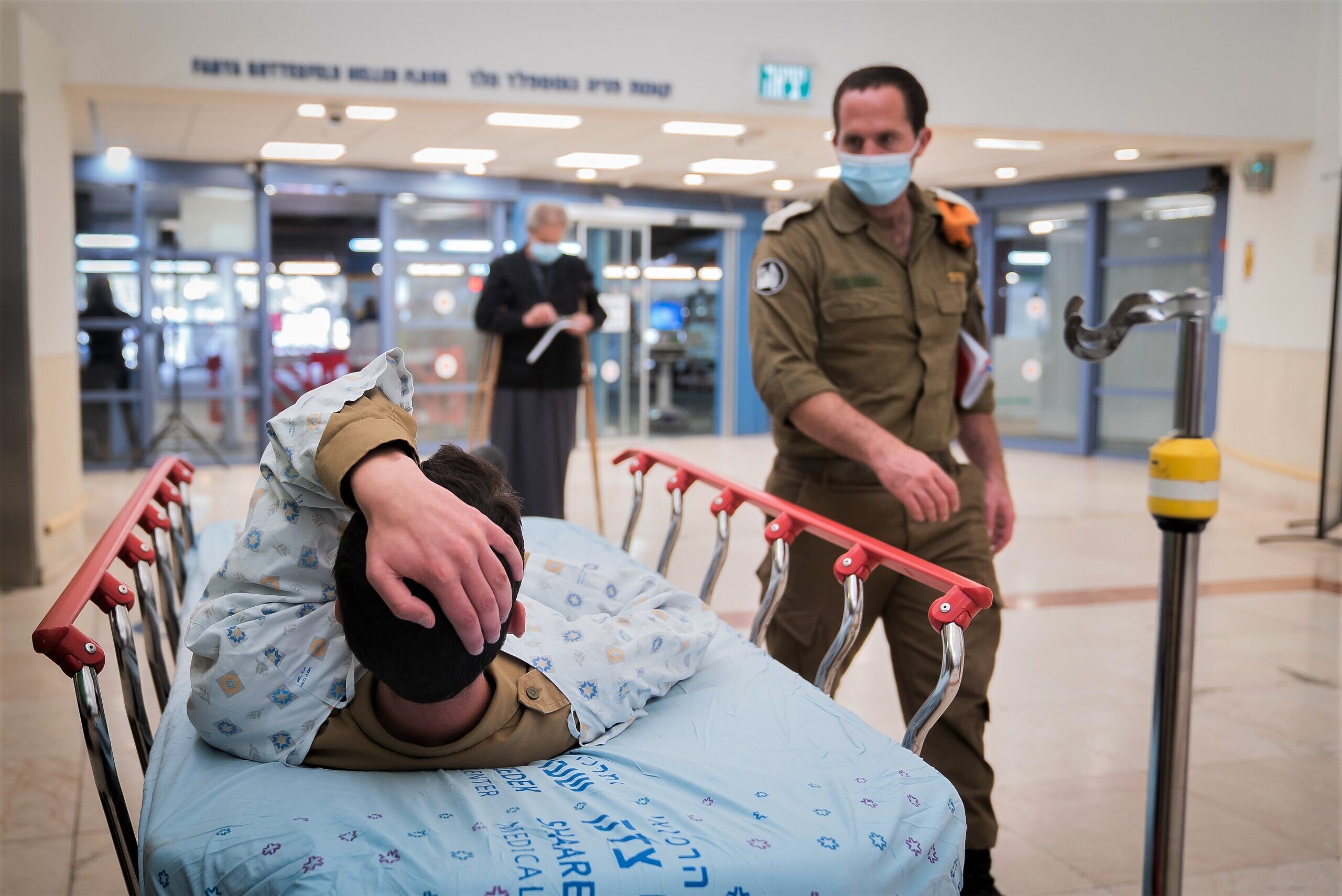 By removing the sick and injured from a northern hospital, the Home Front Command would create space for treating newly wounded civilians and soldiers. Credit: IDF Spokesperson’s Office.

“We drilled various scenarios, such as what happens if [medical] clinics close? What happens if we have injured civilians?” posed Koler.

In line with this scenario, the Home Front Command teamed up with Magen David Adom and the Health Ministry to practice evacuating via ambulance 35 simulated patients from the Galilee Medical Center in Nahariya to the Shaare Tzedek Medical Center in Jerusalem.

By removing the sick and injured from a northern hospital, the Home Front Command would create space for treating newly wounded civilians and soldiers.

“It sounds simple, but it’s a complex event to plan and implement,” said Koler. “How many patients do we evacuate? Which kind of patients? Some of them include severely sick people; some would be hooked up to respirators and need medical treatment on the way. To which hospitals do we evacuate, and how does information flow from the hospital being evacuated to the one receiving the patients? What happens if some patients deteriorate on the way or if their condition changes in any way?”

Other scenarios could involve air evacuations, according to Koler.

“This was a large-scale preparation of the system. We refreshed our orders and readied hospitals for sending and receiving patients,” he stated. “I’m very glad we did this exercise. It has already improved our readiness for a real event.”

The drill also saw the Home Front Command’s hospital control center practice coordinating information among institutions, while the two hospitals involved in the exercise also practiced emergency communications with one another directly. 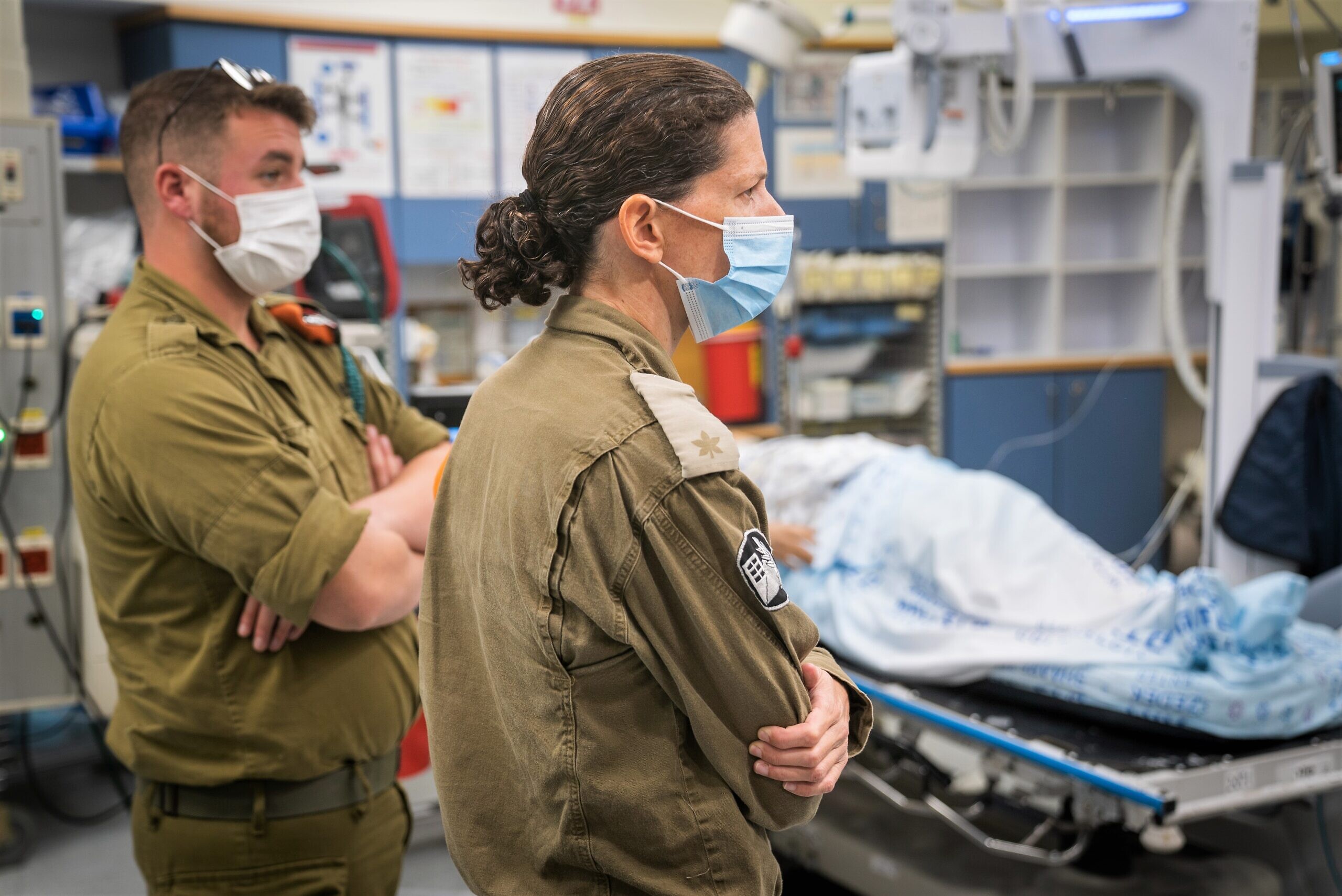 The IDF said a “very significant learning process” was carried out following the 11-day conflict in May with Hamas in Gaza, dubbed “Operation Guardian of the Walls.” Credit: IDF Spokesperson’s Office.

‘Everyone has to prepare themselves’

Another drill held in recent days saw a simulated evacuation of a medical institute filled with elderly people, some in wheelchairs, to an alternative treatment center.

“We are ready for emergencies, and we will continue to drill so that we can deliver suitable solutions,” said Koler. “Everyone involved in responses has to prepare themselves.”

In a statement, the IDF said a “very significant learning process” was carried out following the 11-day conflict in May with Hamas in Gaza, dubbed “Operation Guardian of the Walls.”

The national war drill examined the implementation of those insights, it added, including the activation of rocket warning systems.

In addition, the exercise saw the activation of the Civil Aid Regiment for the first time a logistics battalion whose entire function is to support the civilian sphere. The regiment is tasked with enabling supplies for civilians who have to stay in rocket safe rooms for a long time.

In addition, the Northern District of the Home Front Command held a hazardous materials exercise, simulating a missile strike in an industrial plant containing that leads to an explosion of a chemicals container. Soldiers from the Home Front Command’s Rescue Brigade entered the factory in protective suits to contain the subsequent simulated chemicals leak.