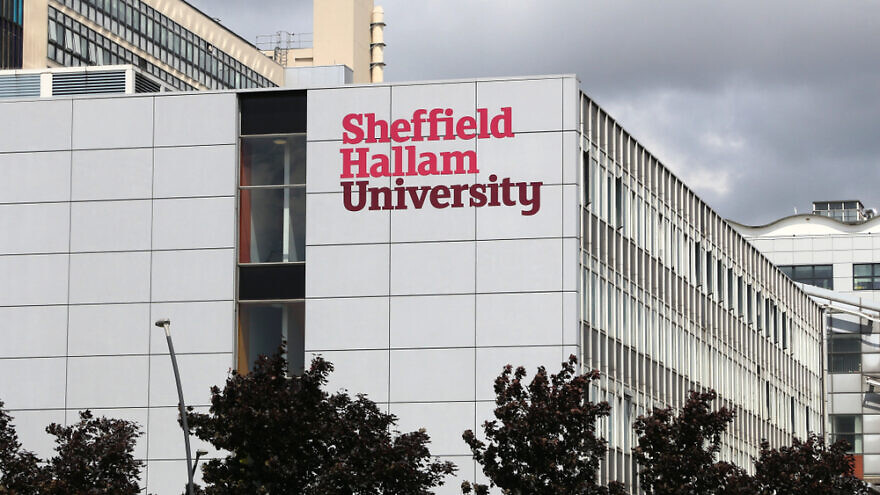 (February 11, 2022 / JNS) A Palestinian former Ph.D. student at the Sheffield Hallam University in the United Kingdom who was investigated by the school for praising terrorists and promoting anti-Zionist conspiracy theories has been cleared of all wrongdoing and given an employment contract by the university, reported the Jewish Chronicle.

Shahd Abusalama announced her new position on Twitter last week, saying, “We’re celebrating a fantastic victory for Palestine today. … I have been wholly exonerated of the false charges of anti-Semitism. … I will also be offered a more secure contract that will afford my employee status at Sheffield Hallam University.”

Abusalama was appointed as an associate lecturer at the university in December.

The school launched an investigation and suspended her after concerns were raised about her social-media activity.

Abusalama attended an event marking the 46th anniversary of the Popular Front for the Liberation of Palestine (PFLP) terrorist group and previously called Japanese terrorist Kozo Okamoto, who took part in the deadly 1971 Lod Airport Massacre in Israel, a “freedom fighter,” according to the Chronicle.

The Gaza-born activist also described Akram Rikhawi—a Palestinian given a nine-year sentence for transporting suicide bombers—as “legendary” on social media and labeled six prisoners who escaped an Israeli jail, including a former commander of the Palestinian Al-Aqsa Martyrs Brigade, as “heroes.”

She tweeted in 2012 that “Zionist lobbies … buy presidents/slaves” and separately claimed former U.S. President Barack Obama was a “Zionist puppet.”

In 2019, the academic also shared a video on social media that claimed the Talmud “permits stealing from non-Jews.” The clip also said about Jews: “Remember how they steal, and continue to steal the Palestinian land? Remember how they robbed the banks of America? Don’t blame them, they were just being true to their religion!” Abusalama added that the video “tells the truth about #zionist #Jews. They take their legitimacy from #Talmud.”

A Sheffield Hallam spokesperson commented on the appointment of Abusalama following the investigation, saying “as a university, we uphold the principles of free speech and academic freedom.”

“We are proud that our staff and students come from a diverse range of backgrounds, with a wide range of views and beliefs,” the spokesperson added. “We do not tolerate discrimination or hate speech, and are committed to creating a welcoming and inclusive culture for all our students and staff.”