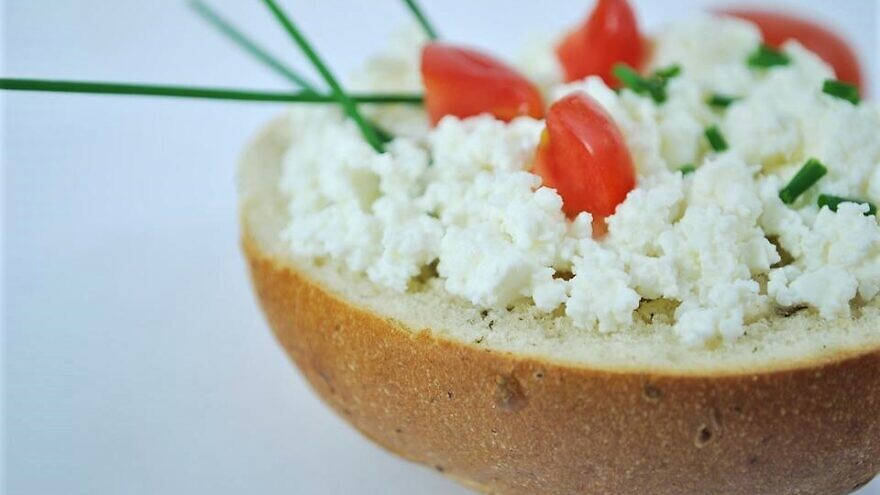 (May 31, 2022 / JNS) As the story goes, in 1929, New York restauranteur Arnold Reuben sampled a “cheese pie” at a party and asked for the recipe. He proceeded to modify it, substituting cream cheese for cottage cheese and, in food historian Gil Marks’s telling, not long afterwards, a new and wildly popular dessert appeared on the menu at Reuben’s restaurants. Reuben’s creation—yes, he also invented the sandwich—went national two decades later when a Jewish baker in Chicago began freezing the confections and selling them in supermarkets under a brand named after his 8-year-old daughter, Sara Lee.

Cheesecake quickly found a place in Jewish observance. On Shavuot, when tradition mandates a dairy meal, cheesecake (as the most scrumptious method of consumption) became the dominant dish. It was not the first time the holiday had absorbed a new culinary tradition. Indeed, Shavuot’s cuisine has changed over time, reflecting—and in one case, precipitating—the holiday’s historical evolution from a biblical harvest festival to the dairy-heavy all-nighter celebrated by Jews throughout the world today.

This year, the holiday begins after Shabbat on June 4 and lasts through the evening of June 6.

Shavuot is observed primarily as the anniversary of the giving of the Torah. The Ten Commandments are read aloud in synagogue, and observant Jews stay up all night on the eve of the festival to study. But the Torah itself does not connect the holiday with the event at Sinai. One of the three pilgrimage festivals, Shavuot celebrated the end of the barley harvest and the beginning of the wheat harvest, when a “new offering” and two loaves of bread were brought into the Temple. Unlike Passover and Sukkot, Shavuot is only one day (two outside Israel); also unlike those holidays, its significance was purely agricultural—no special rituals or dietary restrictions required.

It was only after the destruction of the First Temple that Shavuot began to take on a secondary significance. “Already in Second Temple times, some Jews (as recorded in the book of Jubilees) found a connection—first with the covenant in the story of Noah, and through that with the revelation at Sinai,” says Rabbi Norman Solomon, a retired Fellow in modern Jewish thought at Oxford University and author of Torah from Heaven. “The rabbis eventually focused on the Sinai revelation, an interpretation which gained in strength as Jews lost connection with the land.”

While the Torah does not specify any particular foods to be eaten on Shavuot, some Jews preserve the holiday’s biblical significance by eating grain dishes and fruits. Shavuot was also a time when the first fruits were presented in the Temple. And since the holiday offering was accompanied by two loaves, large braided bread appear on many Shavuot tables.

But dairy foods are by far the most popular and pervasive of Shavuot’s culinary traditions, prevalent in Sephardic and Ashkenazic communities alike. Joel Haber, a food researcher who explores the history of Jewish cuisine on his blog, “Taste of Jewish Culture,” speculates that the practice of eating dairy emerged along with the holiday’s new identity as the anniversary of the giving of the Torah: “Following so closely on the heels of our most food-focused holiday, Passover, it seems like we wanted to find meaningful foods to eat on this holiday as well.”

The many reasons offered for the custom of eating dairy range from metaphoric (“The Song of Songs” compares the Torah to “milk and honey under the tongue” [4:11]) to legal to folksy (two cheese blintzes side by side resemble the two tablets). Yet almost all connect the practice with the giving of the Torah. “On the one hand, the very fact that there are so many different ‘explanations’ for why we eat dairy foods on Shavuot suggests that none are the genuine source for the custom,” says Haber. “On the other hand—and perhaps even more significantly—the specific meanings assigned to dairy foods show us the messages that the Jewish people hold dear.”

Torta Turchesca, a rice pudding made by Venetian Jews, includes rose water in tribute to the practice of decorating the synagogue with rose petals to honor the Torah; Romanian Jews eat mamaliga, white cornmeal cooked with milk and topped with yogurt, its color said to symbolize the purity required to receive Divine wisdom. 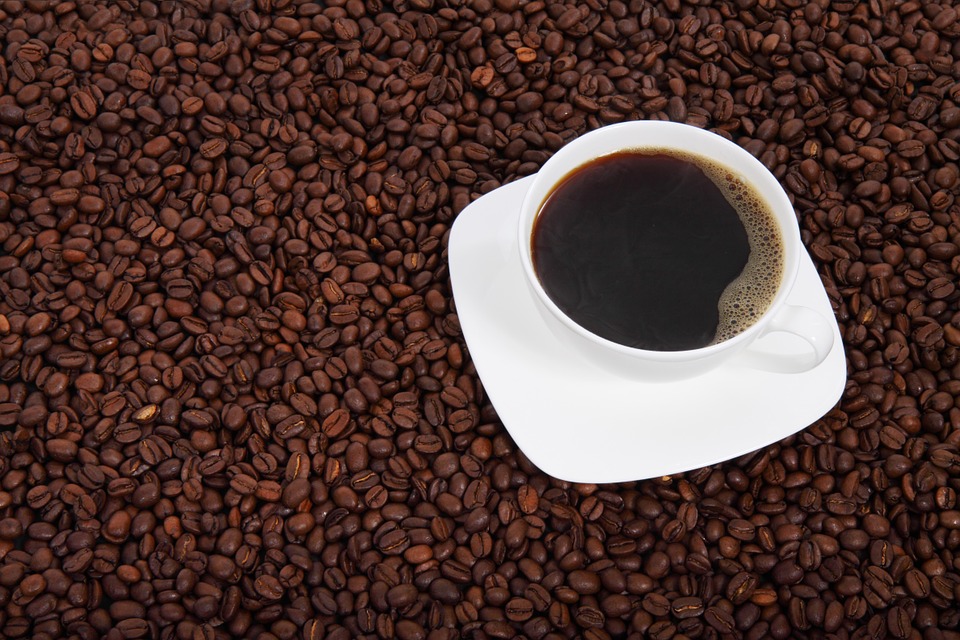 ‘Symbolize such a central event in religious culture’

While the tradition of eating dairy inspired much ingenuity, both culinary and rabbinic, food—or rather, a beverage—played an active role in the development and spread of one Shavuot custom.

The practice of staying up all night on the eve of Shavuot emerged among the Kabbalists of Safed in the early 16th century. While there is no mention of stimulants being used, these vigils were sometimes quite mystical and dramatic: During an early one, Joseph Karo, author of the Code of Jewish Law, fell into a trance and began speaking in the “voice of the Mishnah.”

Karo may not have needed a boost to get through the evening, but the Jews of Europe certainly did. The late historian Elliott Horowitz points out that, though they knew of the practice earlier, European Jews began staying up on Shavuot only in the middle of the 18th century, precisely the time when coffee arrived from the Ottoman Empire. In fact, religious societies in Germany that encouraged their members to remain awake on Shavuot eve would provide the beverage free of charge.

Shavuot’s complicated culinary history only enriches its observance, says Haber: “We can look to these foods to connect with Jewish values on the holiday that has come to symbolize such a central event in our religious culture.”

Perhaps no dish encapsulates Shavuot’s history as well as the Sephardic pan de siete cielos, the bread of the seven heavens. An elaborate dome of coiled dough representing Mount Sinai is surrounded by seven rings and decorated with edible symbols of blessing and good luck. The bread remains untouched on the table throughout the meal.

Only later, when the family returns home late at night from studying, is it cut and enjoyed—together with a cup of coffee.