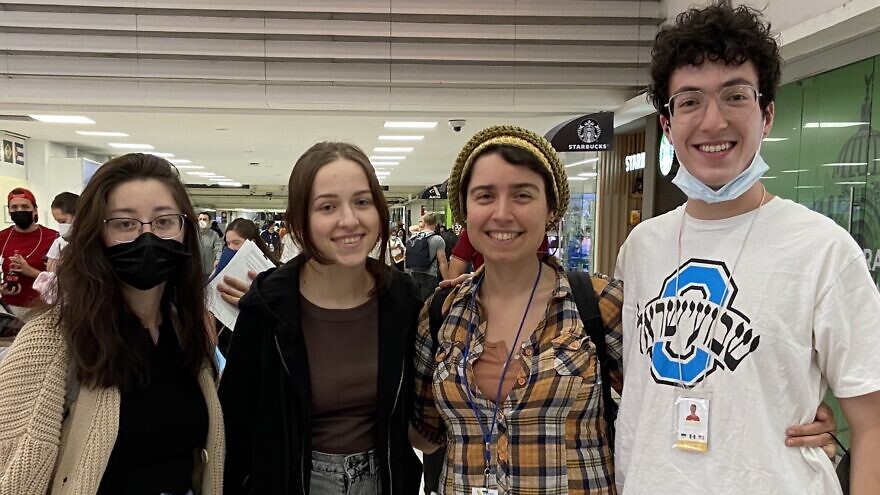 (September 2, 2022 / JNS) On one of his first days at a Mexico City refugee camp for Ukrainians fleeing Russia’s invasion of their country, Alex Grosman, 20, walked past an émigré on his way to an administrative building. The woman, whose name he would soon learn was Natalia, looked him up and down and said boker tov—“good morning” in Hebrew.

Grosman, a junior at Ohio State University majoring in international studies, was born to Ukrainian immigrants. He had secured a summer legal internship in Israel, but once war broke out in his parents’ native country, his plans changed. Though Ukraine has not historically treated Jews particularly well, Grosman felt a calling to help.

“Technically, they’re not our people, they’re Ukrainians, and there has been a lot of historical tension between the two groups,” said Grosman, whose parents immigrated to the United States in the 1990s. “But my ancestry and my family roots are there, and just seeing the village my parents are from turned to rubble really stuck with me.”

Grosman told JNS he would not have been able to enjoy his time in Israel while aware of the atrocities taking place in Ukraine, so he looked for ways to help. First, he tried to go to Europe, contacting volunteer coordinators in Poland and Ukraine, but could not get in touch with them.

“It was, understandably, a very disorganized operation,” Grosman said, “so I just thought it would be a safer bet to go to Mexico.” He learned about the Mexico City camp almost by chance, reading about its existence in a news article about efforts to assist Ukrainian refugees. Grosman contacted the representative cited in the article and was able to orchestrate plans to volunteer.

In May, he departed for the camp run by United for Ukraine, an international non-governmental organization providing shelter and food for citizens of the besieged nation.

Though Mexico City may seem like an unlikely destination for fleeing Ukrainians, it makes more sense in the context of the U.S. immigration system.

“Originally, President [Joe] Biden was letting Ukrainians through the Mexican border with no paperwork whatsoever,” said Grosman. But eventually, the U.S. government ended its open-door policy, meaning refugees would need the requisite forms to get in. At that point, there were plenty of Ukrainians in Mexico waiting for entry, so help at the camps became even more necessary.

“Once I told [camp organizers] I’d be there until the camp closed because I really didn’t have any other summer plans, they were like, ‘Well, you’re now head of the legal department.’ ”

Being an undergraduate, Grosman was not technically qualified for such a role, and as he put it, he “had to learn everything from scratch.”

Becoming acquainted with his work through a trial-and-error process, Grosman filled out I-134 forms for Ukrainians applying for entry to the United States. In addition to his paperwork duties, which occupied him for “at least 15 hours a day every day,” Grosman worked as an interpreter, translating between Russian and Spanish for refugees in the camp’s hospital center.

Among the many refugees with whom Grosman became acquainted during his summer was Natalia, the aforementioned Ukrainian who greeted him in Hebrew.

“Growing up, Natalia would hear tidbits and mentions of Judaism,” Grosman said. “Sometimes she would hear her parents or grandparents speaking Yiddish, but very rarely. That made her think, ‘OK, it seems we’re a little different than the other people in our village.’”

Despite her recognition that she and her family had something that set them apart from the average Ukrainian, Natalia did not recognize her Judaism until later in life. According to Grosman, she began to think about her childhood and eventually spoke with rabbis and other Jewish community leaders.

This led her to realize that she and her family were Jewish, but had to hide it given the culture of anti-Semitism in Soviet-era Ukraine, Grosman said. After her discovery, Natalia immersed herself in her Jewish faith and culture and became observant. 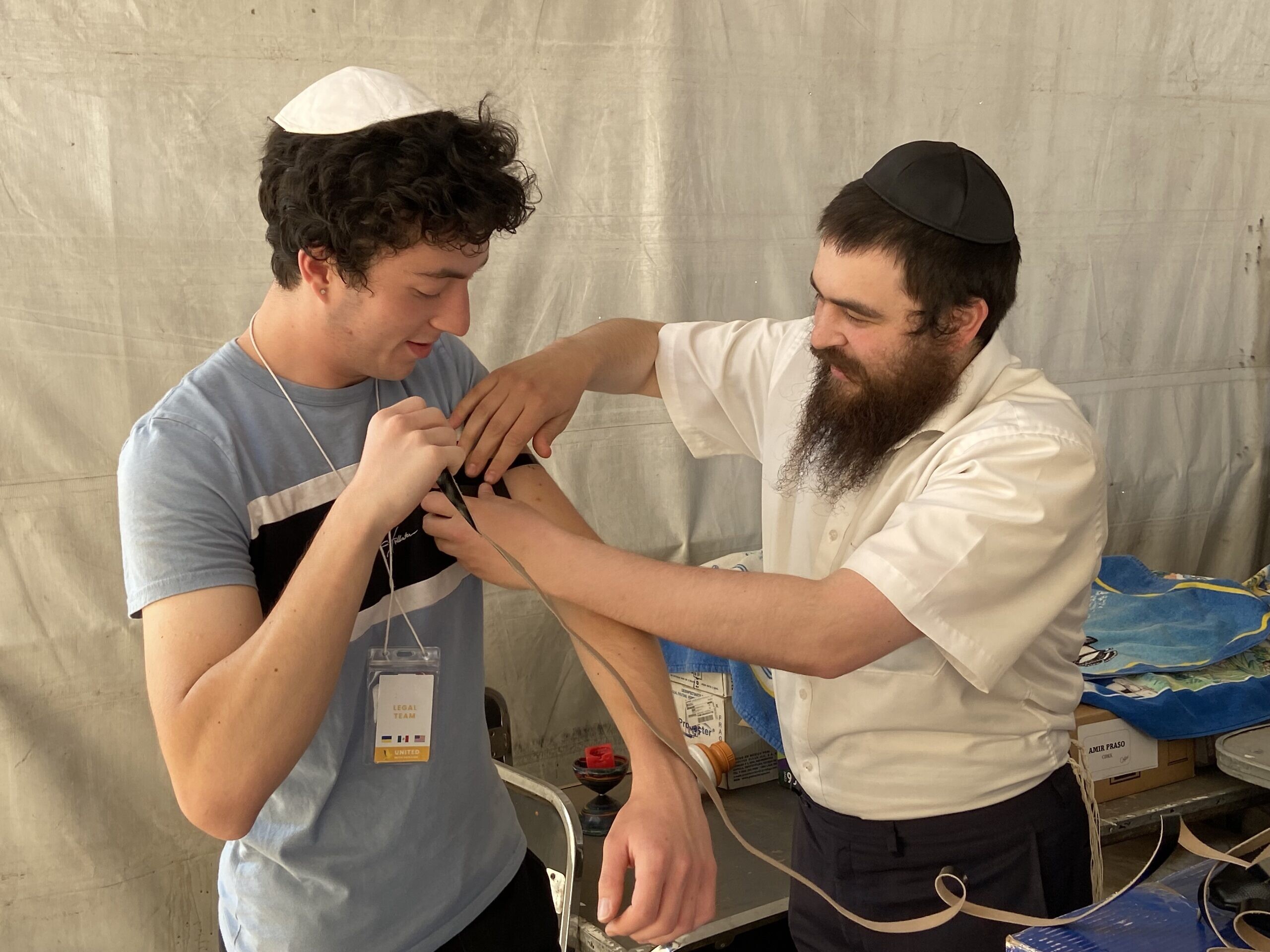 Her story mirrors the Grosman family’s journey: She is a Jew who fled a hostile entity—Putin’s advancing army. Grosman’s parents fled post-Soviet anarchy in order to find a better life in a country more conducive to religious freedom.

Now middle-aged, Natalia is embarking on another spiritual journey, one with which Grosman has lent a helping hand: Making aliyah (immigration to Israel).

Since facilitating Natalia’s immigration to the U.S.—she currently resides in Louisiana—Grosman has filed paperwork to help her move to Israel. It is a difficult process to complete remotely, Grosman admitted, because it requires coordinating with the Israeli consulate in Dallas, far from his campus in Columbus, Ohio.

But distance won’t stop him from trying, and although the Mexico City camp closed after successfully sending its refugees to the U.S., Grosman will continue his work on behalf of those in need, he said.

“I recently finished filling out the paperwork for a family of seven, and there have probably been at least six or seven families I’ve helped now that I’m in the U.S.,” said Grosman. “I’ve been helping them with other legal matters and will hopefully get as many refugees as possible to the United States”

Grosman credits his Jewish faith and upbringing with his decision to forgo a traditional summer internship and volunteer instead.

“It all goes back to the principle of tzedakah. I’m sure I would have enjoyed my time in Israel, but I really felt an obligation,” said Grosman. “It’s important to help people even outside of the Jewish community, even if they historically hadn’t been the friendliest to Jews. … I made the right decision to go out and help them.”