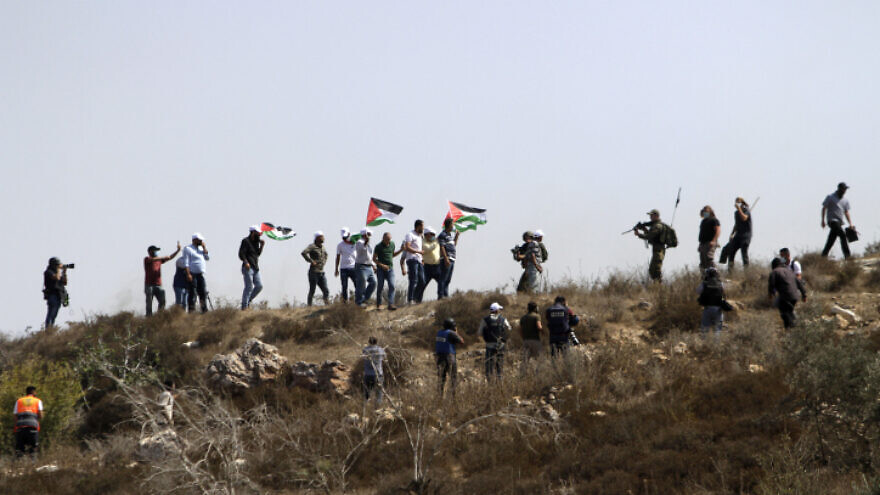 (June 26, 2022 / JNS) The Ashkelon Magistrate’s Court on Thursday extended by six days the remand of the suspect in the stabbing death of a Palestinian man near Ariel on Tuesday.

The court has placed a media ban on all additional details of the investigation, which is being run by the Israel Police’s Nationalistic Crimes Department together with the Israel Security Agency.

The incident occurred during a clash between Palestinians and Israelis near Ariel, according to the Israel Police. The victim, identified by Palestinian media as Ali Hassan Harb, 27,  was evacuated to a hospital in serious condition, where he later died of his wounds, police said in a statement.

“Local sources said settlers had set up a tent on village land and when residents, including the deceased, went to the land to kick them out, a settler stabbed Harb in the heart and killed him,” reported the official Palestinian WAFA news agency.