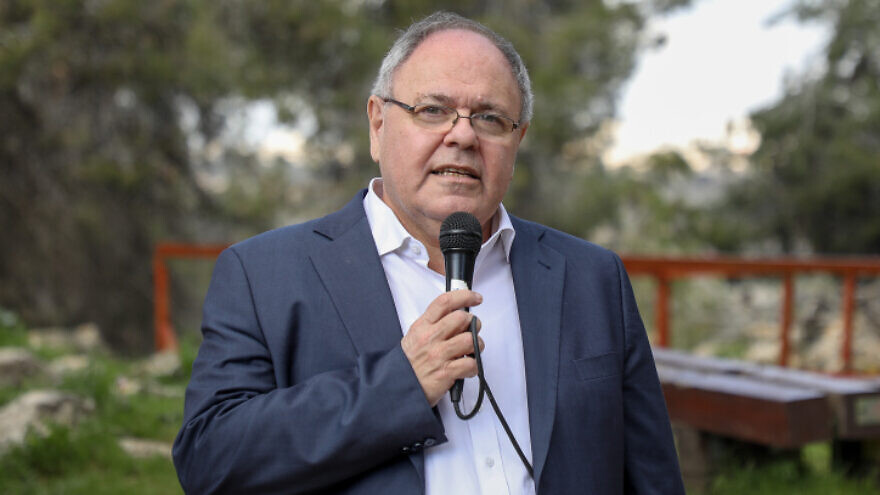 (August 24, 2021 / JNS) The Israeli government on Sunday confirmed the appointment of Israel’s former Consul General in New York Dani Dayan as the new chairman of the Yad Vashem Directorate.

He volunteers as the head of the Nefesh B’Nefesh advisory board and was a member of the Yad Vashem Council until his posting in New York.

Dayan said that “leading Yad Vashem, the World Holocaust Remembrance Center, is more than a position; it is a mission, and one I take on with awe and reverence. Yad Vashem is not just a commemorative endeavor. On our shoulders rests the responsibility to research and educate, to document and disseminate, to validate fact-based historical truths about the Holocaust and reject all forms of distortion in order to safeguard the memory of the Shoah, and to ensure that the Jewish people and humanity will forever continue to remember this event.”

On his first day as chairman, Dayan met with Holocaust survivors working there and told them, “For me, you are heroes and the most important people at Yad Vashem. I promise you as chairman of Yad Vashem, I will do everything I can to carry the torch of remembrance and ensure that it is passed on to future generations.”

Dayan will replace Avner Shalev, the chairman of Yad Vashem from 1993 until his retirement in June 2020.