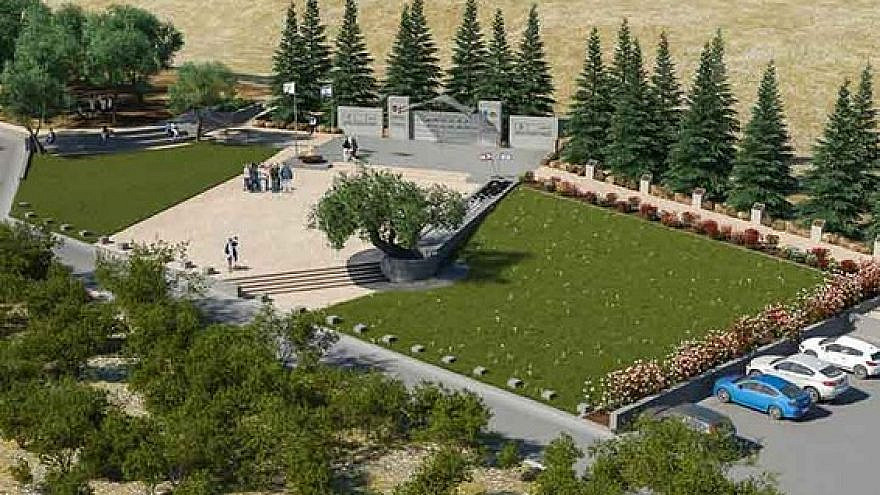 (January 25, 2021 / Israel Hayom) Twenty-one years after the Israel Defense Forces withdrew from Lebanon, the Israeli Defense Ministry has announced plans to commemorate the soldiers of the South Lebanon Army.

The monument, set to be completed in around two months’ time, will salute SLA soldiers’ contribution to Israel’s security. It will serve as a heritage site for the SLA, which disbanded when Israeli forces pulled out southern Lebanon in May 2000.

A monument to the SLA’s fallen soldiers was previously erected atop a mountain in the Lebanese district of Marjayoun, opposite the Beaufort Castle, ahead of the IDF’s withdrawal. Two days later, Hezbollah forces blew up the site.

Despite repeated requests from former SLA fighters and their families, until now this was the only monument ever erected in honor of the SLA.

Michael Biton, deputy minister for civilian and social affairs in the Defense Ministry, hosted a recent meeting attended by ministry officials, SLA representatives and Maj. Gen. Itai Veruv, who heads the IDF’s military colleges. In the meeting, it was agreed that, in accordance with a decision by Israeli Defense Minister Benny Gantz and Biton, a memorial would be erected with 2.4 million shekels (around $730,000) of Defense Ministry and Jewish National Fund financing.

In the first stage, Biton allotted 1 million shekels (around $305,000) for the establishment of a museum in the historic IDF-Lebanon Liaison Unit’s headquarters in Metula, adjacent to the monument, dedicated to the SLA and the fighting in Lebanon.

The cornerstone for a memorial to the hundreds of SLA fighters that perished in the fighting was laid in 2017. Construction on the site is set to conclude in two months.

In addition, the defense and finance ministries along with the Prime Minister’s Office are formulating an assistance package to help around 400 former SLA fighters residing in Israel and contending with a housing crisis ensure they are able to live their lives in Israel in dignity.

“This is the first step on the path to correct a 21-year historic injustice,” said Biton.

“For many years, SLA forces fought shoulder to shoulder with IDF troops in southern Lebanon to defend the residents of the north. SLA soldiers now residing in Israel have earned their place in society with blood, body and spirit, and the State of Israel owes them a great moral debt. I’m glad that on our watch, we at the Defense Ministry had the privilege of making this just and historic correction,” he said.