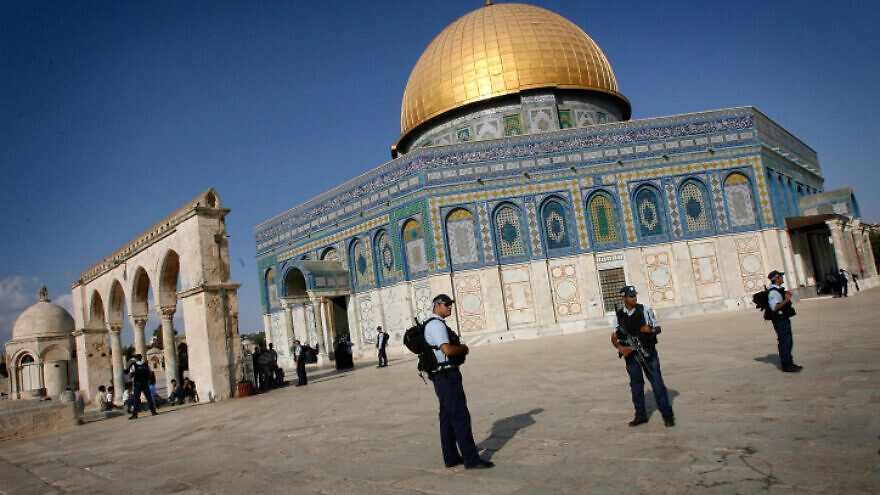 (April 6, 2022 / JNS) Despite a wave of Palestinian Arab violence that has left 11 Israelis dead in recent weeks, Israel plans to allow women and children, as well as men over the age of 40, from the West Bank to pray at the Al-Aqsa mosque on Friday.

“Along with the civilian steps we are taking starting this week towards Ramadan, which we will expand if there is security stability, we will continue to do whatever it takes to give people a normal life and to protect Israeli citizens from terrorism,” said Israeli Defense Minister Benny Gantz, reported AP.

The Israeli government said it would relax restrictions if calm prevailed. The announcement came after police arrested eight Arab rioters in the Old City of Jerusalem near the Damascus Gate on Monday.

Hundreds of Arab rioters assembled and clashed with security forces for the third night in a row on April 4, which also was the third night of the Muslim holiday of Ramadan.