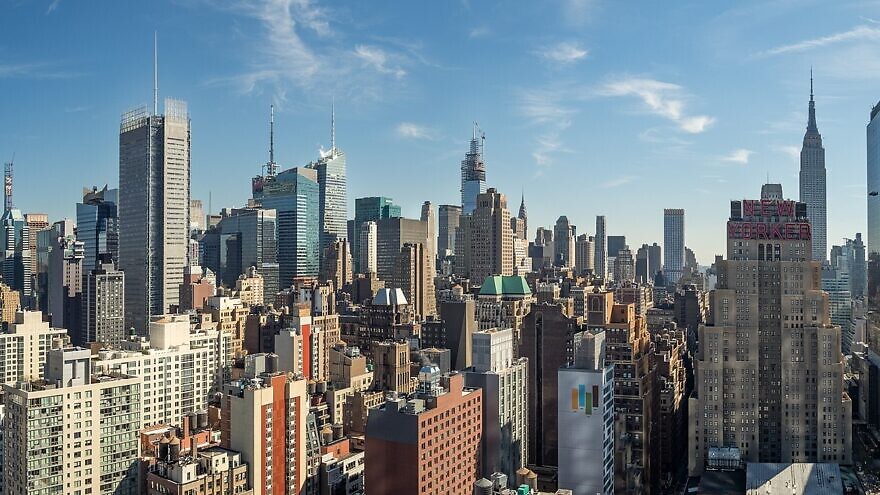 (September 13, 2022 / JNS) New York City has been slow to rebound in the post-pandemic era. The same can’t be said for Israeli-founded startups in the big town.

On Thursday, this community of companies will hold a celebration, marking 400 Israeli startups operating in New York.

Guy Franklin, the founder of Israeli Mapped in NY, an interactive platform that maps the Israeli startups operating in the area, says the milestone has been a decade in the works.

“When Mike Bloomberg was the mayor of New York City in 2013, he gave a boost to the New York tech ecosystem, and the number of Israeli startups keeps growing every year. During COVID, the companies that planned to move to New York paused their plans,” Franklin told JNS. “When people saw COVID is almost over or that we have to live with it, a massive number of Israeli startups fulfilled their plans and started expanding to New York.”

While many sectors of the New York economy, along with the quality of life, took a nosedive during the pandemic, Israeli initiatives largely managed to weather the storm and even thrive.

“After being one of the hardest hit communities by COVID-19, New York City has rebounded and accelerated its growth as a major technology hub. The intersection of industries including finance, health care, real estate and media, coupled with New York City’s diversity of culture, provide global entrepreneurs an ample playing field to enter the U.S. market,” Jonathan Machado, managing director of Samsung Next Ventures, told JNS.

Israeli startups vacuumed up a substantial portion of global investment dollars before the pandemic as well, allowing them to open offices in New York despite the recent market downturn. But Franklin says it’s important to look beyond the numbers to the trend lines.

“We saw eight, nine years ago a lot of Israeli startups in the verticals of video and advertisement tech, a lot of B2C (business-to-consumer) apps. Then, four years ago, we saw a lot of B2B (business-to-business) enterprise software. What we see now very clearly are cybersecurity and fintech startups, and proptech, meaning innovation in property, in real estate,” said Franklin.

Franklin noted that with a push from the city itself, a number of Israeli cybersecurity startups preferred to come to New York over Silicon Valley, such as Axonius and Siemplify.

“New York has become a leading alternative for the U.S. headquarters for Israeli startups. Compared to Silicon Valley, the time difference is easier to manage, and while in the past New York was missing relevant tech talent, in recent years the tech ecosystem progressed significantly and there is a bigger talent pool to tap into,” Team8 co-founder and managing partner Liran Grinberg told JNS.

Israeli-founded Team8 creates and invests in companies specializing in enterprise technologies, cyber, AI and fintech, and is co-sponsoring Thursday’s celebration.

Cybersecurity has been a particularly resilient sector, as the pandemic shifted many companies to a work-from-home model, accelerating cloud usage and digital transformation. The recent weak market and recession fears, combined with more intensive cyber warfare activities related to the Russia-Ukraine conflict, actually led to more cybercrime, according to Grinberg, magnifying the value of the Israeli cybersecurity scene.

“Even though market slowdowns often lead to IT budget cuts, cyber risk remains a top business concern, and therefore its budget is typically the last to be touched. The cyber industry continues to grow rapidly,” he said.

Franklin takes a look at what comes next.

“Because of what’s happening with the war in Ukraine, and what happened with COVID, it’s companies that are dealing with food tech and agritech and climate tech. All of them are related because we see food security has become a top topic as we see difficulties in supply chain management,” he said. “And these are the hottest companies and trends we have seen in the last six months.”