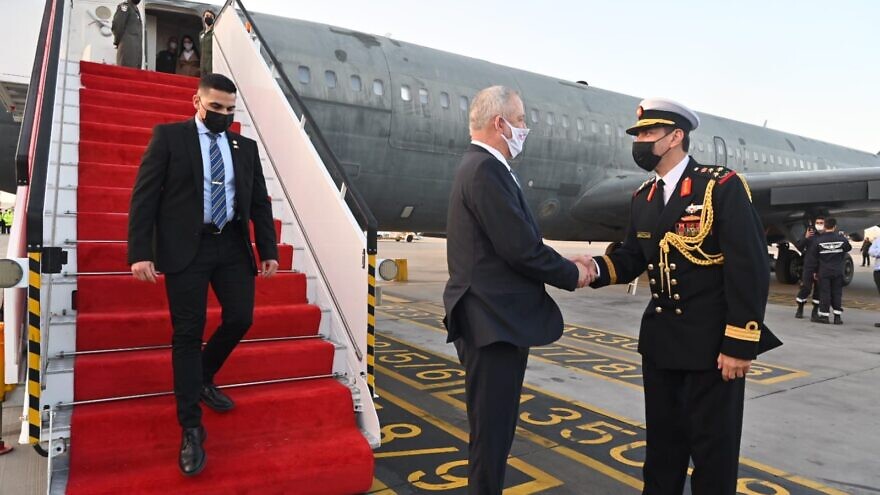 “In the past year, partially due to the Abraham Accords and Israel’s move to CENTCOM, cooperation between the IDF and the Fifth Fleet has grown, as have the defense systems,” said Gantz, calling the event “a significant milestone.”

“It is a strategic security need of utmost importance in the face of growing challenges in the maritime area in particular and the region in general. Israel will continue to strengthen ties with the U.S. and other countries in the region. We are also ready to assist and collaborate operationally in order to ensure stability and here, too, our friendship can exist and thrive safely, and we, too, will be better protected from various challenges,” he said.

Gantz arrived in Bahrain to sign a Memorandum of Understanding with the Gulf nation on security matters. He is expected to meet with Crown Prince Salman bin Hamad Al Khalifa and other Bahraini leaders.

Last month, Israeli Prime Minister Naftali Bennett paid a two-day visit to the United Arab Emirates, the first official visit to the country by an Israeli leader since the establishment of formal diplomatic relations in 2020. Israeli President Isaac Herzog last week became the first Israeli president to visit the UAE.

This article first appeared in Israel Hayom.
Republish this article in your newspaper or website