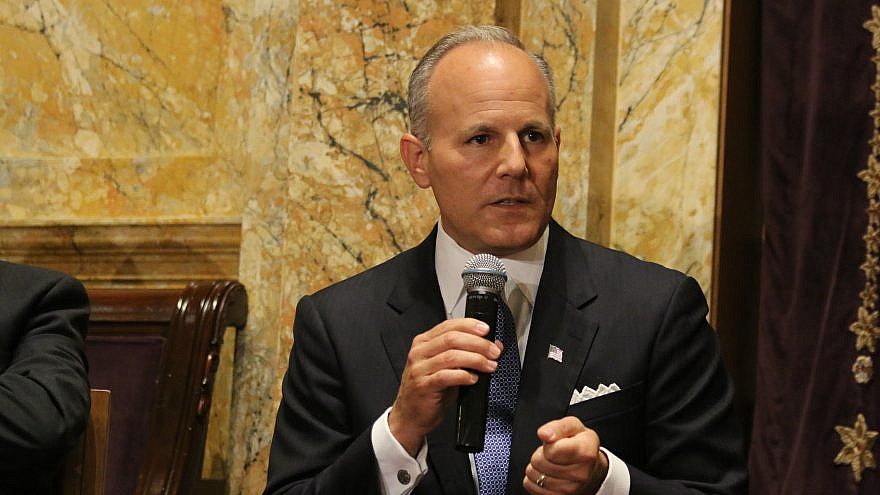 If your answer is “no,” you’re far from alone. It was easy to miss. However, the State Department’s former anti-Semitism envoy is on a mission to change that, state by state.

“We have had for 42 years a period of presidentially declared, bipartisan, dedication to learning about and understanding Jewish contributions to the United States. What happens? Not much,” lamented Elan Carr, now a visiting fellow at the Heritage Foundation.

Carr served in the administration of Donald Trump from 2019 to 2021, focusing on combating and monitoring anti-Semitism.

“Why is there no [Jewish Heritage Month] curriculum in school districts? No PSAs [public service announcements]? No messaging?” asked Carr, who told JNS that while at the State Department, he started the process of developing such a program—together with the Conference of Presidents of Major Jewish American Organizations and other like-minded entities—before Trump’s term ended.

He said it’s all part of his mission to broaden philosemitism—an affection for the Jewish people—as the accepted opposite of anti-Semitism, rather than just simply tolerance.

Carr said he has taken note that a number of organizations, including some he’s worked with, have the same lines of effort, such as securing Jewish communities and assets; labeling anti-Semitism through the adoption of the International Holocaust Remembrance Alliance (IHRA)’s working definition; dealing with and countering metastatic hate on the Internet and social media; condemning anti-Semitic movements; and prosecuting hate crimes.

“It occurred to me that all of these measures all inherently defensive. And while you need a good defense, you can’t ever win by only playing defense. So, the question is: How do we go on the offense?” he posed.

“The best way is to turn the tables completely on Jew-hatred is to drive a narrative that inculcates the appreciation of and respect for the remarkable Jewish story that has brought so much to Western civilization,” replied Carr, who worked with the German government on the launch of a 2021 pilot program commemorating 1,700 years of Jewish history in Germany. He said that Germans were largely unaware not just of the individual accomplishments of Jewish Germans, but how deeply Jewish contributions are woven into the very fabric of German culture and life.

Carr told JNS that he sees a good deal of the same in the United States, but—while noting his belief that America is the most naturally philosemitic country in the world outside of Israel—feels the road to increasing philosemitism can be more easily constructed and, in some sense, is already being paved. 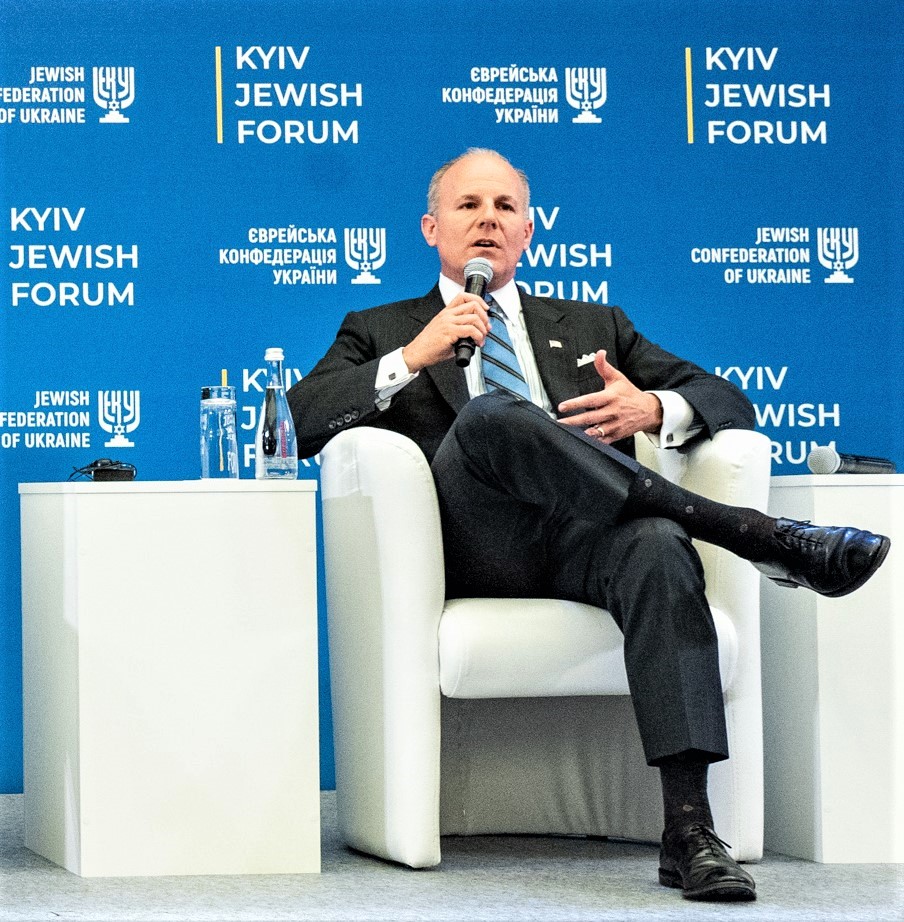 ‘We need to double down on this’

“We had three states declare their own Jewish American Heritage Month: Nebraska, Florida and Virginia. A declaration is just the beginning, though. Next year, the idea will be to have a full-fledged messaging campaign for adults and a curriculum in the schools. The rubber meets the road at the state level when it comes to policies like law enforcement and schools. If we get the states engaged, it can be game-changer,” said Carr.

Yet there is a flip side to that argument. With incidents of anti-Semitism on the rise, there can be an instinct, especially among Jews who are not visibly identifiable as such, to want to fade into the background rather than put their Jewish pride on display. This can be especially so on American college campuses, which have largely become a hotbed for anti-Israel and anti-Semitic activity, often with tacit administrative approval.

Carr said that a Jewish heritage program, properly executed can find ways to highlight the extraordinary contributions of Jews to America without displaying overt exceptionalism that can feed into anti-Semitic stereotypes.

“I’ve been involved in campus life for 30 years, and I’ll tell you, Jews with no Jewish identity want to turn and escape from anti-Semitism. Jews who have some degree of Jewish identity want to stand up and fight. We need to double down on this. We need to stand up and be proud of who we are—not in a way that is haughty and arrogant and off-putting. This should be a matter of pride for Jews as Americans,” he said.

“Our whole history has been exceptional, even the bad,” he continued. “Even anti-Semitism is exceptional among hatred. It is breathtaking in its ubiquity, in its unquenchable thirst. What do we do with it? The Jewish answer is to understand who we are, what we mean to the world and shout it from the rooftops.”