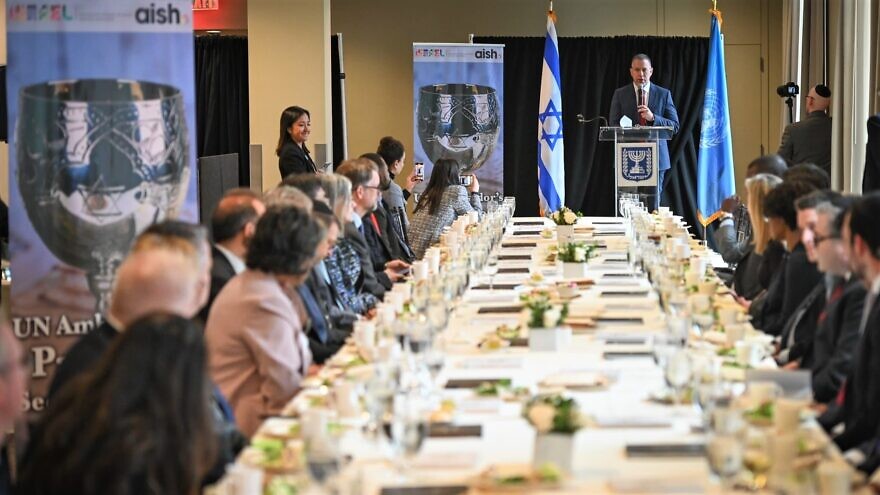 About 50 ambassadors from countries all around the world, including the United States, Ukraine, Japan, Mexico, Argentina and Hungary, participated in the service and meal. They were served traditional Passover food and learned about the ceremony, its meaning, rituals and customs from leaders of the organization Aish.

Erdan initiated the event to strengthen the knowledge and understanding of ambassadors to the United Nations about the history of the Jewish people, the journey from slavery to freedom and the Jewish values that are reflected in the holiday customs, such as the struggle against oppression and slavery for freedom, the “Four Questions,” the four sons and more.

The group even sang the song, “Dayenu.”

He then universalized the message by invoking current events—namely, Russia’s invasion of Ukraine, which has caused millions to flee as refugees since the war started on Feb. 24.

“As Israel’s ambassador, witnessing the atrocities in Ukraine continue makes me think that if Israel is faced with an existential threat, no international agreement or international organization will come to our rescue. We can only rely on ourselves,” he said.

And then he posed a question of his own: “Friends, fellow ambassadors … the question we must all ask ourselves is: Are we doing enough? We must ask this every day till the bloodshed stops.”