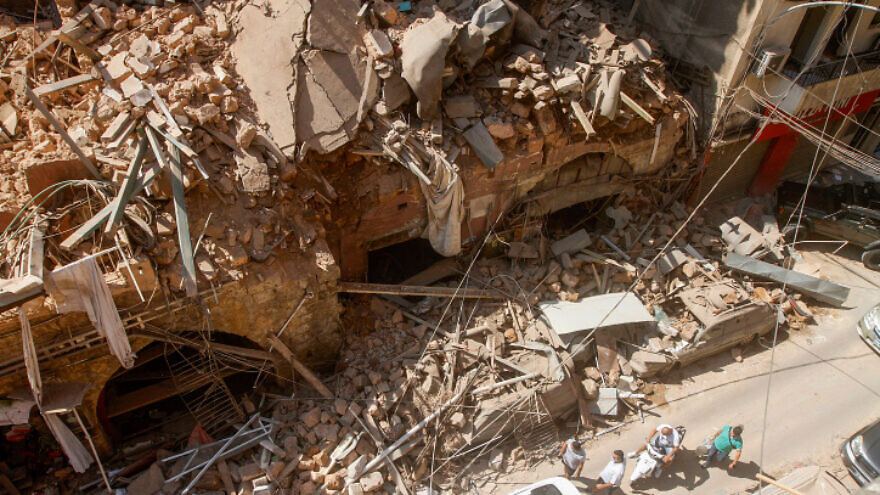 (September 17, 2021 / JNS) The European Parliament overwhelmingly adopted a resolution on Friday that blamed the Iran-backed terrorist organization Hezbollah as one of the causes contributing to a destabilized and corrupt Lebanon.

Paragraph “S” of the resolution notes that Hezbollah, which is listed as a terrorist organization by several members of the European Union, remains in control of key ministries in the Lebanese government despite a new government being formed after its previous government resigned in the wake of an explosion in the Beirut port that killed more than 217 people, injured thousands and destroyed a swath of the capital city on Aug. 4. 2020.

It also notes that Hezbollah has shown that it has a strong “ideological allegiance” to Iran and is destabilizing the Lebanese government.

The lengthy resolution provides a long list of the nation’s woes in the hopes that Lebanon’s new government under Prime Minister Najib Mikati—formed on Sept. 10 after more than a year of deadlock—will live up to its democratic promises. Otherwise, the resolution threatens targeted sanctions on Lebanon for “obstructing and undermining the democratic political process.”

It also notes that due to corruption, those responsible for the catastrophe more than a year ago have not been brought to justice.

The resolution also places blame on Hezbollah for repressing Lebanon’s 2019 popular movement and for its political and economic crisis, calling on all external powers to refrain from meddling in the country’s internal affairs and its sovereignty, and for political independence to be respected.

The resolution was adopted by the European Parliament with 575 voting in favor, 71 against and 39 abstentions.

The American Jewish Committee’s E.U. office, the AJC Transatlantic Institute, welcomed the resolution’s adoption in a news release on the same day.

“This must be the European Parliament’s strongest condemnation yet of Iran and their terror proxy Hezbollah for undermining the stability of Lebanon,” said its director, Daniel Schwammenthal. “European lawmakers have thus sent a clear warning to the regime in Tehran and their Shi’ite terror group that it is no longer business as usual. The Lebanese people deserve freedom, democracy and prosperity, which will be attainable as long as Hezbollah and Iran can continue to drag the country into corruption, crime and war.”