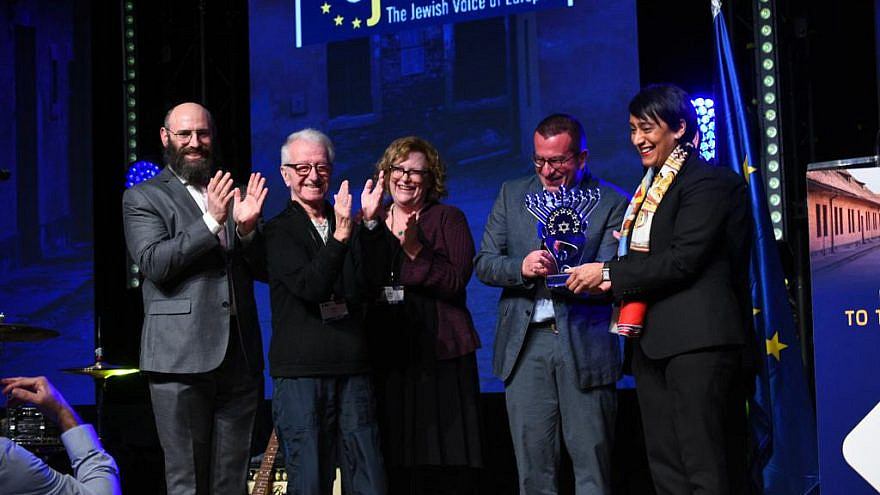 (January 24, 2023 / JNS) Meeting at the European Jewish Association conference in Prague and the Theresienstadt Ghetto/Camp in the Czech Republic, legislators and senior European government officials declared war on antisemitic fake news and committed to encouraging educational programs against hatred.

During the conference, the EJA presented Adidas with the prestigious King David Award for its decision to cut all commercial ties with musician Ye, aka Kanye West, following his antisemitic remarks.

Ahead of International Holocaust Remembrance Day, which falls on Friday, more than 100 members of parliament, government officials, ambassadors and European Jewish leaders gathered to discuss how to deal with fake news and conspiracy theories against Jews in the media and social networks, and rising antisemitism in universities across the continent.

According to EJA Chairman Rabbi Menachem Margolin: “Even today, fake news poses a tangible danger to the well-being of Jews throughout Europe, a tool of hatred that is unfortunately strengthened by social networks and mixes conspiracy theories against Jews.

“The dozens of European leaders who responded to our call to come to Terezin pledged to fight against fake news that encourages antisemitism and implement educational programs to eradicate it,” he said.